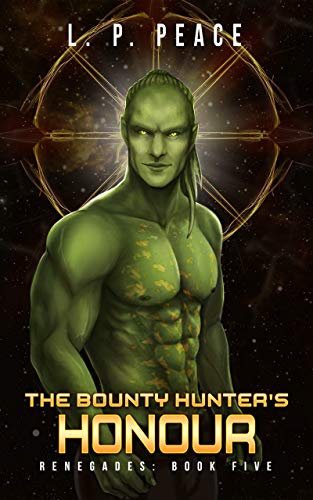 A Bounty-Hunter determined to reclaim his honour. A Fighter-Pilot on a mission to save Earth. Ronin must choose between his reputation and his heart.

When an alien bounty hunter takes Sophia prisoner, she is determined not to let him stop her. Recruited for this mission while still at the academy, Sophia has trained for every eventuality and been equipped with the tools and knowledge to move across a galaxy hostile to humans, alone. But when she sees how conflicted her captor is, and with her attraction to him growing, Sophia will use every weapon at her disposal to get to the IGC and complete her mission.

Five solars after helping ex-slaves and ruining his reputation as a bounty hunter, Ronin finally has a chance to regain his license. When he's sent on a job by Hekalion Dar, to retrieve a data packet from an alien ship, he doesn't expect chaos personified in the form of a human female. As she outwits him at every turn, Ronin finds himself re-examining his future and how he might rebuild it around the tenacious Sophia.

But as all paths lead to the fateful meeting with the IGC, the Bentari and Fedhith are working behind the scenes to ensure neither Earth nor Tessa ever know safety.