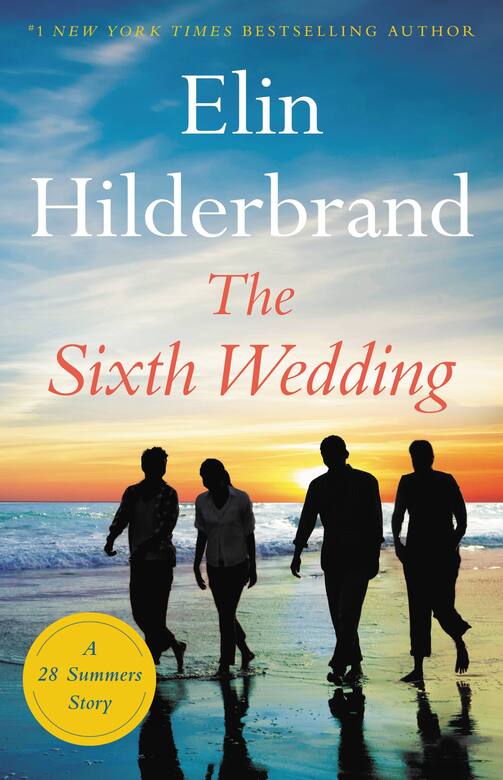 A sequel to the #1 New York Times bestseller 28 Summers - Jake McCloud returns to Nantucket for Labor Day weekend 2023, this time without Mallory. 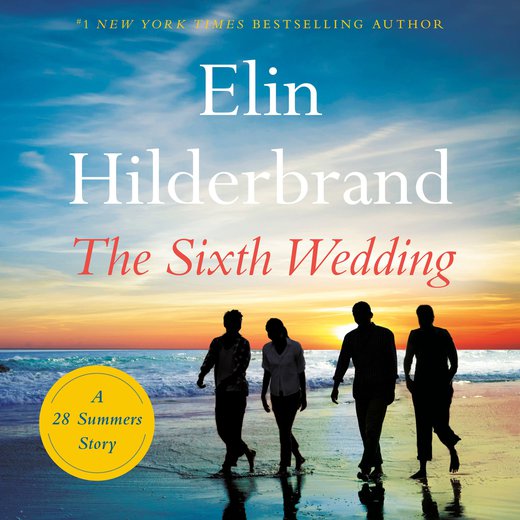 What are we talking about in 2023? Home robots, life on planet B20, global cooling, the resurgence of “appointment television,” an NFL team in Paris, a phone battery that holds a charge for one year, the Hamptons submarine, Elon Musk’s “moon colony,” an eight-billion-sensor economy and…the end of the pandemic. The pandemic is OVER—not just the disease itself but all of the worry, precautions, divisiveness, and profound loss that went with it. Social distancing, quarantining, PCR and antigen tests, masks and PPE are in our collective rearview mirror. We can gather once again. Twenty thousand people pack into Madison Square Garden to hear Billy Joel segue from “My Life” into a cover of “Tenth Avenue Freeze-Out.” Super Bowl LVII is held in Glendale, Arizona, and those who don’t have tickets crowd around the bar at Kimmyz on the Greenway. Movie theaters are packed, people do the Electric Slide at weddings, and Viking River Cruises has a three-year wait list. Every treadmill at Orangetheory Fitness in Boca Raton is spoken for; all Peloton classes in both New York and L.A. are sold out. The late-night Jimmys perform their monologues in front of a live studio audience. The Broadmoor Hotel in Colorado Springs is at 95 percent occupancy and there’s no hope for getting a ticket to a Boston Pops Christmas performance unless you want to pay five thousand dollars on StubHub. Bingo night at Chai Point Senior Living in Milwaukee is back on, every Wednesday at 6:00 p.m.! We all go to have our teeth cleaned, our eyes checked. The theme of the Met Ball is Fashion Returns (people get dressed up, wear heels). The impossible-to-get item is no longer toilet paper, it’s a seat on Alitalia’s Friday night flight from JFK to Rome. The online dating scene rebounds with a fervor—people are meeting IRL!—with newcomer Firepink leading the way for Gen X and Boomers. The Dow soars over forty thousand—and we thought the 1920s were roaring!

Although we are relieved that life is “getting back to normal”—we have returned to our offices and in-person meetings; we’re throwing away our ring lights, if we never Zoom again it will be too soon—we have all learned some valuable lessons, and not just how to make sourdough bread. We have learned to save and budget for the unexpected. We have learned to cherish all the things we temporarily lost: baseball games, author tours, Disney World, family reunions, charity benefits, college visits (college, period), our sense of taste and smell, acoustic night at Frayed Edge Coffee, sitting next to a stranger on a bus or at a bar, seeing one another smile, and most especially the opportunity to hug our loved ones wherever we want, whenever we want.

We honor the ones we have lost.

In the summer of 2023, Cooper Blessing is fifty-six years old, and when he gets down on one knee on the sidewalk in front of the Red Star Bar & Grill in Fells Point, he’s momentarily concerned that he’ll need help getting back up. But he’ll worry about that in a minute.

“Stacey,” he says, prying the ring box open. The ring is a 1.75 karat ruby flanked by 1 karat oval diamonds, set in platinum. Cooper bought the ring at Market Street Diamonds, which was where he bought rings for wives numbers one and four, but those had been diamonds-only. The ruby is something new; it’s Stacey’s birthstone. “Will you marry me?”

Stacey Patterson’s eyes widen. The people who are gathered outside the Red Star—couples dining at the café tables, people in line for the bar, an older gentleman out walking his Pomeranian—turn to stare.

Stacey takes the ring box and snaps it shut. “Let’s go to the car,” she says, and she offers Cooper a hand.

They’re parked in the lot across Wolfe Street; the walk there is like an extended free-fall. Cooper and Stacey have had a wonderful evening. The Red Star has been “their” place for the past eight months: the hostesses, bartenders, and wait staff know them by name. They had drinks and dinner and they danced to the live band, Purple Porpoise, until they were sweaty and breathless, making Cooper feel like he was twenty-two again, a senior at Johns Hopkins out on a date with his Goucher girlfriend.

He’s wise enough to keep his mouth shut until they reach Stacey’s car, a sleek silver Audi A4. Stacey appreciates fine automobiles, one of the many things Cooper loves about her.

When they climb in, Stacey cranks the air-conditioning, which is a relief. The Baltimore night is hot, sticky, foul. “I’m not going to marry you, Cooper.”

“You’re not?” he says. He closes his eyes and tries to let the cool air soothe him. How did he misread this? At the risk of sounding sappy, he thought this would be his storybook ending.

Cooper first saw Stacey Patterson thirty-seven years earlier at a party in the basement of the Phi Gamma Delta house. It was early September, the first week of school. Cooper had the robust confidence of a sophomore and he was finally in a position to chat up the freshman women from Goucher (they had all ignored him the year before). He picked Stacey like he was cutting the prettiest bloom off a rosebush. (He tries to edit this thought because he knows it’s sexist, but that was what it felt like.) Stacey had long, dark hair and she was wearing a yellow sundress. The other women in her cluster were in jean shorts, one in short overalls, reminding Cooper of his younger sister, Mallory, who intentionally “dressed to distress.” Cooper’s parents, Senior and Kitty, were formal people who believed in good grooming and first impressions. As enthusiastically as Mallory rejected these values, Cooper embraced them. He admired not only Stacey’s dress but her pearl earrings, her sandals, her French manicure. She was put together. Cooper walked right up to Stacey and offered his hand and a smile, thinking how delighted Kitty would be when Cooper brought this young woman home.

Cooper and Stacey had dated for three years, until Cooper graduated from Hopkins, moved to Washington, where he’d scored a prestigious job with the Brookings Institution, and decided that he had outgrown his college girlfriend. Stacey wasn’t quite as upset as Cooper thought she might be. Because she’d been dating Cooper since her freshman year, she hadn’t had the “full college experience,” she told him. The break-up would be good for them both, she said—what she meant, it turned out, was that she wanted to date other people, starting with the captain of the Hopkins lacrosse team.

Okay, fine, Cooper thought. Good for Stacey. He could meet women at any one of the trillion bars in Georgetown. The problem was that Cooper was back to being a freshman—a freshman at adult life—and the women that Cooper met at Clyde’s and the Tombs were clerking for this judge, interning for that senator, researching those initiatives at the NIH, and they intimidated him. More often than Cooper w. . .