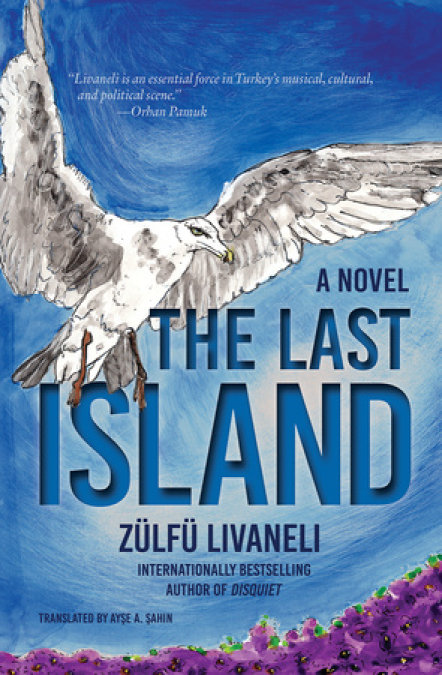 From the internationally bestselling author of Disquiet, a brilliant political allegory that vividly illustrates how capitalism and authoritarianism harm us and the environment.

Having failed to hold onto power after an ironfisted first term, the former President moves to a secluded island and decides to rid it of what he sees as its “anarchic” components. The island, described by its close-knit community as a utopia, the last peaceful resort for humankind, morphs into dystopia when the President, in the hope of bringing order to island life, begins to act more and more like a dictator. The first ones to revolt against him are the seagulls.
Originally written in 2008 as a condemnation of the authoritarian Turkish regime, The Last Island has only grown more relevant, foreshadowing the events and aftermath of Istanbul’s bloody Gezi Park/Taksim Square political protests of 2013, as well as the protest movements of our time.