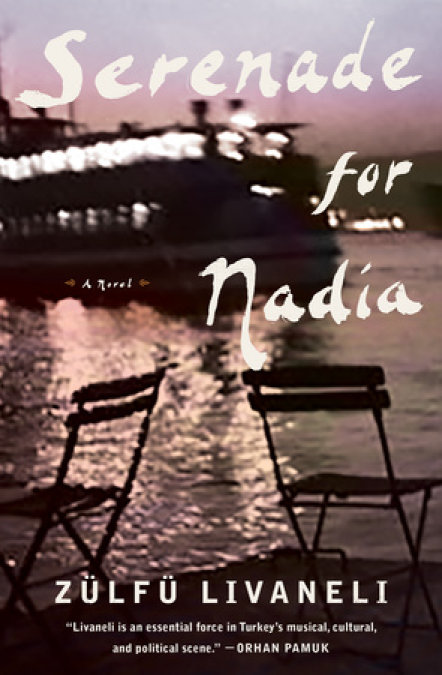 In this heartbreaking Turkish novel based on the real-life sinking of a refugee ship during World War II, an elderly professor leaves America to revisit the city where he last glimpsed his beloved wife.

Istanbul, 2001. Maya Duran is a single mother struggling to balance a demanding job at Istanbul University with the challenges of raising a teenage son. Her worries increase when she is tasked with looking after the enigmatic Maximilian Wagner, an elderly German-born Harvard professor visiting the city at the university's invitation. Although he is distant at first, Maya gradually learns of the tragic circumstances that brought him to Istanbul sixty years before, and the dark realities that continue to haunt him.

Inspired by the 1942 Struma disaster, in which nearly 800 Jewish refugees perished after the ship carrying them to Palestine was torpedoed off the coast of Turkey, Serenade for Nadia is both a poignant love story and a gripping testament to the power of human connection in crisis. 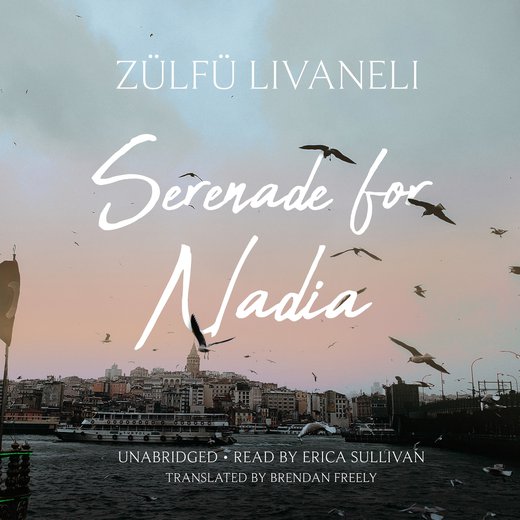 I’m settled in a roomy seat on the Frankfurt-Boston flight, sipping white port and listening to the sweet hum of the jet engines. I have no fear whatsoever of flying, I forget that I’m suspended in a metal tube at an altitude of over 26,000 feet, and all I care about is the quality of the wine and the food and the comfort of my seat. The cabin was darkened as soon as the meal trays were collected. Some passengers have put on sleep masks and nodded off; others have put on headphones and are watching movies on their personal screens. Someone watching a comedy laughs out loud, unaware of the noise he’s making. The elderly man in front of me can’t settle down, and his legs keep twitching.
The German flight attendants have finished collecting the dinner trays and are closing the blinds so the light won’t disturb the passengers when dawn breaks.
If you don’t want to be woken for breakfast, you’re supposed to put a sign on your headrest. But I, for one, have no intention of sleeping.
I’m writing this on my laptop, and will continue writing until we land in Boston. I have to finish writing my story before I arrive.
I’m not sure why, it’s just something I feel I have to do. The story has to end, I have to finish this task, and I can’t leave anything out. All the old grudges, all the suffering, all the terrible things we’ve done to each other have to be laid out in the open. We can never move forward unless we see ourselves for what we are, until we accept that we still live with the vestiges of our most primitive reptilian ancestors. There’s a crocodile lurking within all of us, just below the placid surface of our civility, ready to lunge at the first hint of threat, or opportunity. Perhaps, too, I just need some sort of catharsis. I won’t be able to move on until I’ve told the whole story.
I started my journey this morning in Istanbul, and had to change planes at Frankfurt, that labyrinthine city of an airport where no one lives and people only pass through. I waited in the long, slow line for non-EU citizens, and when my turn finally came I handed my passport, embossed with the star and crescent, to the stone-faced immigration officer. He typed all of my personal information onto his computer.