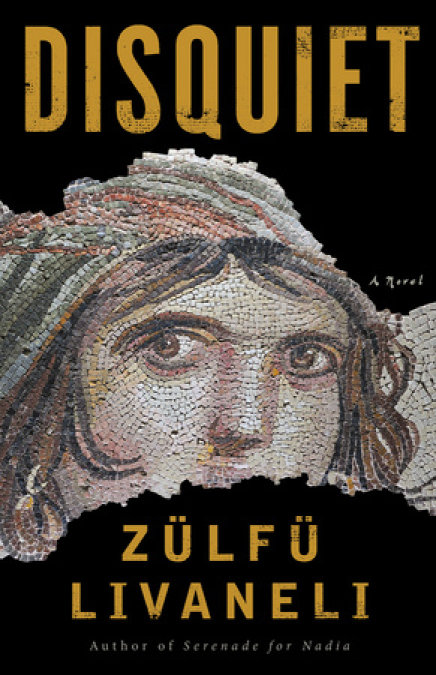 From the internationally bestselling author of Serenade for Nadia, a powerful story of love and faith amidst the atrocities committed by ISIS against the Yazidi people.

Disquiet transports the listener to the contemporary Middle East through the stories of Meleknaz, a Yazidi Syrian refugee, and Hussein, a young man from the Turkish city of Mardin near the Syrian border. Passionate about helping others, Hussein begins visiting a refugee camp to tend to the thousands of poor and sick streaming into Turkey, fleeing ISIS. There, he falls in love with Meleknaz-whom his disapproving family will call "the devil" who seduced him-and their relationship sets further tragedy in motion.

A nuanced meditation on the nature of being human and an empathetic, probing look at the past and present of these Mesopotamian lands, Disquiet gives voice to the peoples, faiths, histories, and stories that have swept through this region over centuries. 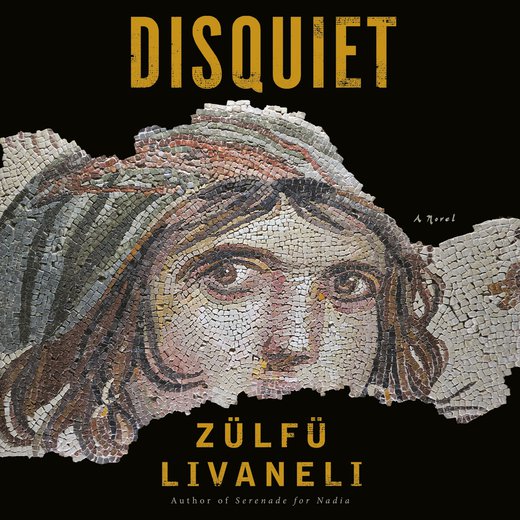 The ancient town of Mardin, where Disquiet takes place, is right on the Turkey-Syria border. This part of Turkey has little in common with the Aegean, Black Sea, Caucasus, or Mediterranean regions. Mardin is part of Mesopotamia, not far from the Iraqi and Syrian borders, where Kurdish fighters, especially the YPG (the primary militia of the Syrian Democratic Forces), regularly clash with the Turkish Army and where more than fifty thousand people have been killed since 1978. With American and Russian armies involved there as well, this area has become one of the most volatile spots in the world. Our protagonist is a young Yezidi (like Nobel Peace Prize laureate Nadia Murad). Yezidis practice a religion that is unique and that precedes Christianity. For centuries, Yezidi have been massacred by Arabs, Ottoman rulers, and others—and more recently, by ISIS.
Turkey isn’t a single entity. There are, so to speak, many countries within Turkey, where many different languages are spoken. Turkey has split allegiances. Turks from the westernmost cities, such Istanbul, İzmir, or Bursa, have trouble identifying the languages, traditions, and cultures of Mesopotamia. Ibrahim, the male protagonist of Disquiet, who is from there, thinks that he is proud of his roots, but in fact his attachment is purely romantic and not based on true understanding. His alienation from a culture he would love to embrace is a crucial part of the novel, and is representative of the fact that a majority of Turkish people rarely visit the eastern border of their land, nor can they read Arabic. The culture they identify with the most is Greek, since Greeks and Turks lived together for five hundred years as subjects of the Ottoman Empire.

That Which Mixes With The Red Wind