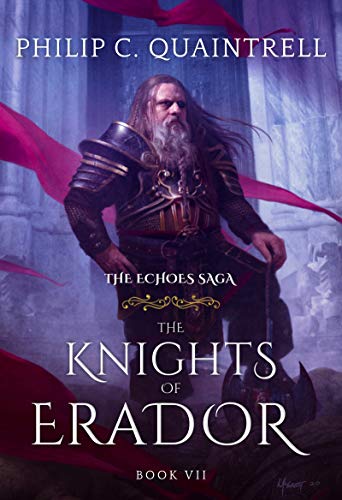 Fifteen years of peace are about to end.

Something is coming. Shadows gather. Whispers of rebellion have reached the king. Darkness stirs beyond Illian’s borders.

Beyond the mountains, Dhenaheim has lost a quiet war. Refugees pour into Illian, bringing suspicion and unrest. For Doran Heavybelly, Dhenaheim's war means facing a personal tragedy that demands his attention... and his axe.

A simple job for too much coin should have been warning enough for Asher but, like Fate, trouble always has a way of finding him.

Conspiracy. Rebellion. Betrayal. Time to find out who the real heroes are.

THE KNIGHTS OF ERADOR CONTINUES THIS UNMISSABLE EPIC FANTASY SERIES.