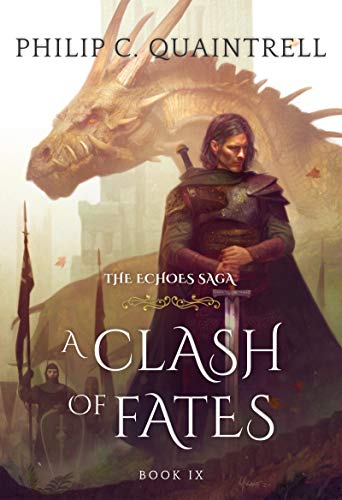 A Clash of Fates

THIS IS THE END.

How could it not be? Fate waits for none. It has unravelled across the ages, its web woven throughout millennia of chaos and blood. Now, all that was seen shall come to pass and there is nothing the heroes of Verda can do to stop it.

After years of planning and preparation, Alijah Galfrey is finally ready to change the world. He will break the scales of power across the realm, securing his victory and eternal reign. There is no line he will not cross, no sacrifice he will not make to bring peace to the land.

Spread thin, The Rebellion must work fast to muster their forces and meet the enemy head on. Vighon Draqaro and his allies give their lives to stand against the growing darkness, but only the children of fire and flame can determine the fate for all.

A CLASH OF FATES IS THE FINAL CHAPTER IN THIS UNMISSABLE EPIC FANTASY SERIES.