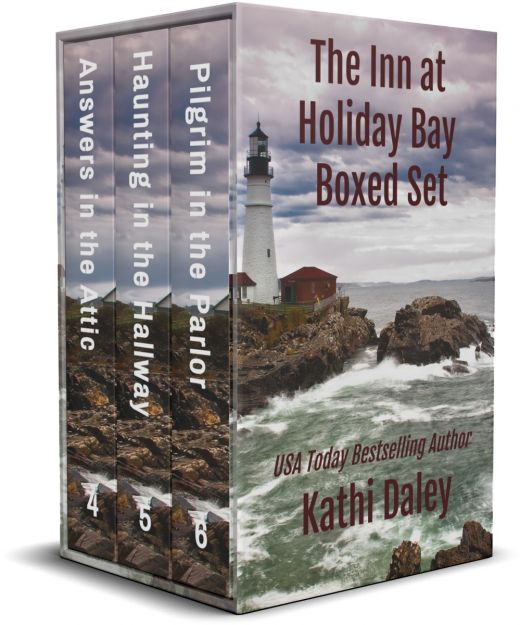 After suffering a personal tragedy Abby Sullivan buys a huge old seaside mansion she has never even seen, packs up her life in San Francisco, and moves to Holiday Bay Maine, where she is adopted, quite against her will, by a huge Maine Coon Cat named Rufus, a drifter with her own tragic past named Georgia, and a giant dog with an inferiority complex named Ramos. What Abby thought she needed was alone time to heal. What she ended up with was, an inn she never knew she wanted, a cat she couldn't seem to convince to leave, and a new family she'd never be able to live without.In book 4 in the series, the remodel is almost complete and Abby and Georgia are planning a huge grand opening. The only thing left for Abby to do before Lonnie can wrap things up is to go through the items left in the attic by prior residents. Abby is just about to get started when a woman named Trinity Roswell shows up claiming to be the great, great, great, niece of Abagail Chesterton, the wife of the man who built the house, Chamberlain Westminster. Trinity, a woman in her thirties, is doing a family history and has questions about Abagail. Abby only knows what she has been told by others but decides to help the woman locate the information she is seeking. They visit an old cemetery and come away with more questions than answers. While Abby and Trinity seek out the last of the secrets the house once held, Colt is busy with his own cold case murder, Tanner has a new litter of puppies, Nikki is dating a man Georgia doesn't like and doesn't trust, and Annie notifies Abby about a death in the family.In book 5 in the series, the new bank president, who happens to be the son of the man who founded the community bank, is found dead and buried in his own grave. The man was not popular in the small community after making a lot of changes with his fathers passing and the list of possible suspects who might want him dead is extensive. Meanwhile, it is October and the inn is hosting Halloween themed events. The haunted weekends are just for fun but when guests report hearing noises in the hallway, Abby wonders if the inn might actually be haunted for real.In book 6 in the series Abby and Georgia are readying the inn for the Thanksgiving Holiday, when tragedy strikes and one of the guests turns up dead. Meanwhile, a new group of guests have checked in, each with their own story to tell. Jeremy and Annabelle have moved into the basement apartment, Abby takes a walk down memory lane, Velma has a decision to make, and Georgia must come to grips with her own fear and doubt relating to her relationship with Tanner. 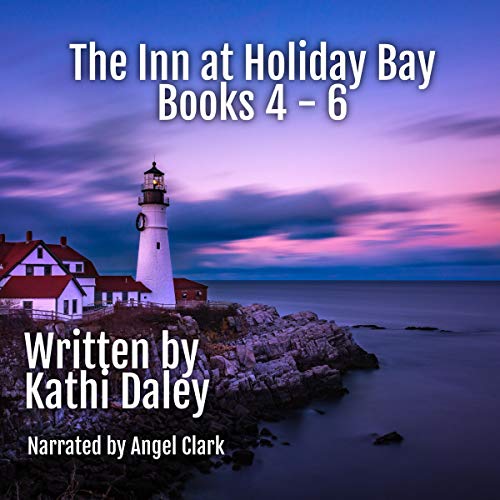