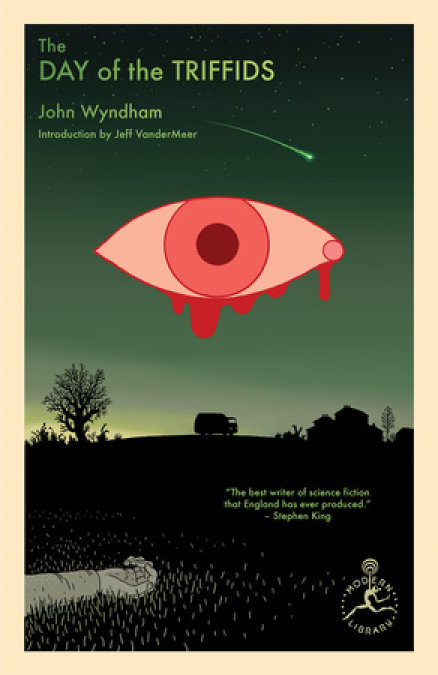 John Wyndham's 1951 classic post-apocalypse novel introduced the world to triffids, walking man-eating plants, preying on humanity in a world struck blind by a cosmic disaster. Only a few sighted people remain, and it is up to them to rebuild civilization and keep the triffids at bay—if they can learn to survive in this new world! 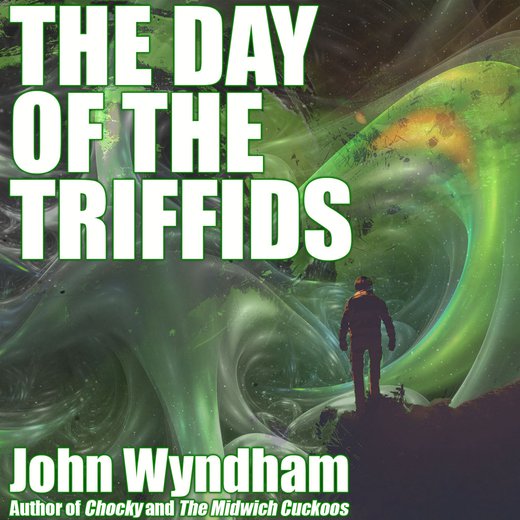 When a day that you happen to know is Wednesday starts off by sounding like Sunday, there is something seriously wrong somewhere.

I felt that from the moment I woke. And yet, when I started functioning a little more smartly, I became doubtful. After all, the odds were that it was I who was wrong, and not everyone else—though I did not see how that could be. I went on waiting, tinged with doubt. But presently I had my first bit of objective evidence—a distant clock struck what sounded to me just like eight. I listened hard and suspiciously. Soon another clock began, on a hard, decisive note. In a leisurely fashion it gave an indisputable eight. Then I knew things were awry.

The way I came to miss the end of the world—well, the end of the world I had known for close on thirty years—was sheer accident: like a lot of survival, when you come to think of it. In the nature of things a good many somebodies are always in hospital, and the law of averages had picked on me to be one of them a week or so before. It might just as easily have been the week before that—in which case I’d not be writing now: I’d not be here at all. But chance played it not only that I should be in hospital at that particular time, but that my eyes, and indeed my whole head, should be wreathed in bandages—and that’s why I have to be grateful to whoever orders these averages. At the time, however, I was only peevish, wondering what in thunder went on, for I had been in the place long enough to know that, next to the matron, the clock is the most sacred thing in a hospital.

Without a clock the place simply couldn’t work. Each second there’s someone consulting it on births, deaths, doses, meals, lights, talking, working, sleeping, resting, visiting, dressing, washing—and hitherto it had decreed that someone should begin to wash and tidy me up at exactly three minutes after 7 a.m. That was one of the best reasons I had for appreciating a private room. In a public ward the messy proceeding would have taken place a whole unnecessary hour earlier. But here, today, clocks of varying reliability were continuing to strike eight in all directions—and still nobody had shown up.

Much as I disliked the sponging process, and useless as it had been to suggest that the help of a guiding hand as far as the bathroom could eliminate it, its failure to occur was highly disconcerting. Besides, it was normally a close forerunner of breakfast, and I was feeling hungry.

Probably I would have been aggrieved about it any morning, but today, this Wednesday, May 8, was an occasion of particular personal importance. I was doubly anxious to get all the fuss and routine over because this was the day they were going to take off my bandages.

I groped around a bit to find the bell push and let them have a full five seconds’ clatter, just to show what I was thinking of them.

While I was waiting for the pretty short-tempered response that such a peal ought to bring, I went on listening.

The day outside, I realized now, was sounding even more wrong than I had thought. The noises it made, or failed to make, were more like Sunday than Sunday itself—and I’d come round again to being absolutely assured that it was Wednesday, whatever else had happened to it.

Why the founders of St. Merryn’s Hospital chose to erect their institution at a main-road crossing upon a valuable office site, and thus expose their patients’ nerves to constant laceration, is a foible that I never properly understood. But for those fortunate enough to be suffering from complaints unaffected by the wear and tear of continuous traffic, it did have the advantage that one could lie abed and still not be out of touch, so to speak, with the flow of life. Customarily the west-bound busses thundered along trying to beat the lights at the corner; as often as not a pig-squeal of brakes and a salvo of shots from the silencer would tell that they hadn’t. Then the released cross traffic would rev and roar as it started up the incline. And every now and then there would be an interlude: a good grinding bump, followed by a general stoppage—exceedingly tantalizing to one in my condition, where the extent of the contretemps had to be judged entirely by the degree of profanity resulting. Certainly, neither by day nor during most of the night, was there any chance of a St. Merryn patient being under the impression that the common round had stopped just because he, personally, was on the shelf for the moment.

But this morning was different. Disturbingly, because mysteriously, different. No wheels rumbled, no busses roared, no sound of a car of any kind, in fact, was to be heard; no brakes, no horns, not even the clopping of the few rare horses that still occasionally passed; nor, as there should be at such an hour, the composite tramp of work-bound feet.

The more I listened, the queerer it seemed—and the less I cared for it. In what I reckoned to be ten minutes of careful listening I heard five sets of shuffling, hesitating footsteps, three voices bawling unintelligibly in the distance, and the hysterical sobs of a woman. There was not the cooing of a pigeon, not the chirp of a sparrow. Nothing but the humming of wires in the wind. . . .

A nasty, empty feeling began to crawl up inside me. It was the same sensation I used to have sometimes as a child when I got to fancying that horrors were lurking in the shadowy corners of the bedroom; when I daren’t put a foot out for fear that something should reach from under the bed and grab my ankle; daren’ t even reach for the switch lest the movement should cause something to leap at me. I had to fight down the feeling, just as I had had to when I was a kid in the dark. And it was no easier. It’s surprising how much you don’t grow out of when it comes to the test. The elemental fears were still marching along with me, waiting their chance, and pretty nearly getting it—just because my eyes were bandaged and the traffic had stopped. . . .

When I had pulled myself together a bit, I tried the reasonable approach. Why does traffic stop? Well, usually because the road is closed for repairs. Perfectly simple. Any time now they’d be along with pneumatic drills as another touch of aural variety for the long-suffering patients. But the trouble with the reasonable line was that it went further. It pointed out that there was not even the distant hum of traffic, not the whistle of a train, not the hoot of a tugboat. Just nothing—until the clocks began chiming a quarter past eight.

The temptation to take a peep—not more than a peep, of course; just enough to get some idea of what on earth could be happening—was immense. But I restrained it. For one thing, a peep was a far less simple matter than it sounded. It wasn’t just a case of lifting a blindfold: there were a lot of pads and bandages. But, more important, I was scared to try. Over a week’s complete blindness can do a lot to frighten you out of taking chances with your sight. It was true that they intended to remove the bandages today, but that would be done in a special dim light, and they would allow them to stay off only if the inspection of my eyes were satisfactory. I did not know whether it would be. It might be that my sight was permanently impaired. Or that I would not be able to see at all. I did not know yet. . . .

I swore and laid hold of the bell push again. It helped to relieve my feelings a bit.

No one, it seemed, was interested in bells. I began to get as much sore as worried. It’s humiliating to be dependent, anyway, but it’s a still poorer pass to have no one to depend on. My patience was whittling down. Something, I decided, had got to be done about it.

If I were to bawl down the passage and generally raise hell, somebody ought to show up if only to tell me what they thought of me. I turned back the sheet and got out of bed. I’d never seen the room I was in, and though I had a fairly good idea by ear of the position of the door, it wasn’t all that easy to find. There seemed to be several puzzling and unnecessary obstacles, but I got across at the cost of a stubbed toe and minor damage to my shin. I shoved out into the passage.

“Hey!” I shouted. “I want some breakfast. Room forty-eight!”

For a moment nothing happened. Then came voices all shouting together. It sounded like hundreds of them, and not a word coming through clearly. It was as though I’d put on a record of crowd noises—and an ill-disposed crowd, at that. I had a nightmarish flash, wondering whether I had been transferred to a mental home while I was sleeping and that this was not St. Merryn’s Hospital at all. The sound of those voices simply didn’t sound normal to me. I closed the door hurriedly on the babel and groped my way back to bed. At that moment bed seemed to be the one safe, comforting thing in my whole baffling environment. As if to underline that, there came a sound which checked me in the act of pulling up the sheets. From the street below rose a scream, wildly distraught and contagiously terrifying. It came three times, and when it had died away it seemed still to tingle in the air.