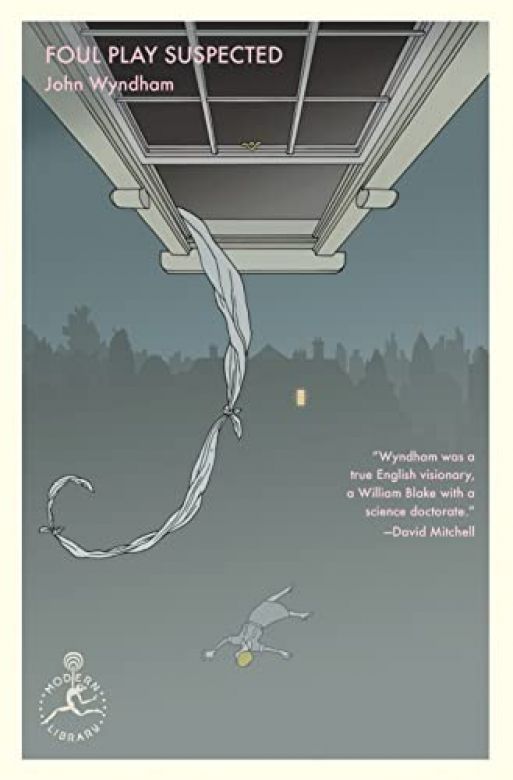 A rediscovered, outstandingly prescient crime novel written in the lead-up to World War II, by one of the twentieth century’s most brilliant—and neglected—science fiction and horror writers, whom Stephen King called “the best writer of science fiction that England has ever produced.”

“Wyndham was a true English visionary, a William Blake with a science doctorate.”—David Mitchell

England, 1935: Phyllida Shiffer’s marriage has just ended in divorce. She heads home, expecting to be welcomed with open arms by her father, a brilliant (if slightly distracted) scientist. But her father’s house is locked up; he is nowhere to be found; and there are suspicious men who seem to think that Phyllida herself might hold the key to her father’s latest scientific discovery. . . . 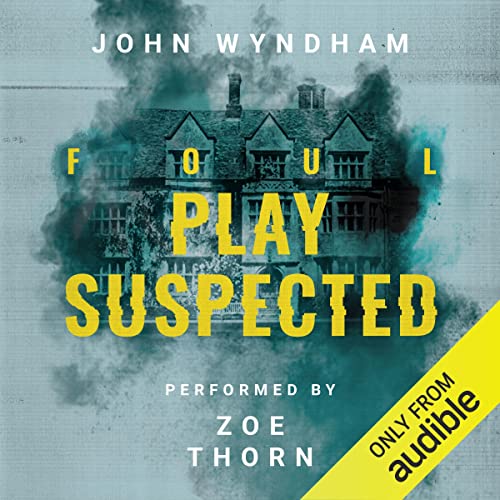 A large car, much battered and repainted in the course of a long and useful life, valiantly set about grinding its way up the slope of the South Downs. The driver eyed the road ahead with misgiving and listened uneasily to his stertorous engine. The old hack was still good enough for running round on the level, but she was getting past mountaineering; it was quite certain that she would never make the top.

His passenger picked up the speaking-tube and a sudden blast of air took him in the ear. He frowned; years of experience had not yet inured him to this method of opening communication; nevertheless, he leaned obediently closer to the diminutive trumpet.

“Straight on through the village, and it’s the next turning to the right—about half a mile beyond the church,” said a voice.

He nodded thankfully. They ought to be able to get that far.

Phyllida Shiffer hung up the tube and leaned back against the worn leather of the lumpy cushions. Her fingers fiddled unconsciously and impatiently with the leather strap of her handbag. The sense of apprehension which had been growing fast in the last few days had become acute, and now that the driver needed no further directions, it rushed to fill her mind.

For all the three years and a few weeks which had passed since she last saw this countryside she had longed to see it again, and now that it was all about her, she could scarcely notice it. Her thoughts would dwell only on her urgent desire to know what had been happening at home.

“A week ago she had not felt like that. Her anxiety had not sharpened to its present keenness and, moreover, she had been uplifted by a sense of merciful escape from a fate which might have held her for life. She had been more interested in the effect on herself of her homecoming than in what she would find. She had pictured three years stripping and clothing the downland country in placid, uneventful rotation while she was away in India. Only so many months, really—thirty-nine of them, to be exact—but what a deceptive way to measure time; mechanical, mere circuits of the moon, and not accurate at that, suitable for machines, but not for human beings. To her that period was either a lifetime or a night’s bad dream, as her mood alternated. One moment she was a woman whose life had been spoiled, who could never recapture a simple vanished faith in men and motives; another, she was Phyllida Woodridge again, and Phyllida Shiffer’s existence no more than an unpleasant fantasy. That was the mood she hoped to hold: Phyllida Woodridge taking up life again where she had left it. But at that, anxiety flooded in again. What had been happening in this interval? Would it really be possible to settle down again as if Ronald Shiffer had never existed? Above all, why had her father not written for so long?

The long gap in their correspondence was not unique. Professor Woodridge, at best an erratic and indifferent letter-writer, was apt when engaged upon work of particular interest to forget the outer world altogether; or it might be better put that time slipped away without his cognizance, so that were the question put to him, “When did you last write to your daughter?” he would reply, “Oh, a week ago,” omitting several intervening months with perfect good faith. Phyllida, therefore, had at first taken the cessation of letters as the result of preoccupation. Not until a cable announcing her intention of returning home failed to extract a reply had she felt any anxiety. When a second cable, sent on the assumption that the first had miscarried, remained similarly unacknowledged, her misgivings increased. Surely no father, however absentminded, could have neglected both through sheer forgetfulness. Several radiograms from the boat had proved no more fruitful than had even the final announcement of her time of arrival at Newhaven from Dieppe. Yet, until the last she had hoped to find him waiting for her on the quay.

She had waited there awhile, unhappily forlorn, trying to deceive herself that any moment would see him arrive, breathless and repentantly affectionate; but it had been a flimsy pretense. Before long, she and her possessions had been in this hired car, traveling through Sussex toward West Heading.

She reproached herself with not having radioed long ago to Mr. Drawford, his solicitor, or her Aunt Malvina, or her Cousin Derek, but she had been held back by her father’s dislike of interference. Moreover, had his silence been due to illness, one of the three would have let her know long before this. There was just a possibility that he might have gone away, have taken one of his periodical trips to Germany; but even so, her messages should have been forwarded.

The car chugged its way up the village street of West Heading and started on the steeper slope of the Downs. Phyllida leaned forward, ready to check the driver if he should miss the turning. But it was unnecessary. Only too thankful to be rid of the hill, he steered into the drive without hesitation. The car swept forward with a new energy, its wheels plowing through a mush of lately fallen leaves. For fifty yards or so it traveled through a dankly odorous tunnel roofed with leaves yet to fall until it emerged on the wider sweep before the house. With a crunching of pebbles it drew up at the front door.

The driver allowed himself a few moments’ disapproving contemplation of the scene before turning to her. The garden wore a tousled, unkempt appearance; nature, free for a while, had plunged with abandon into slovenly habits, seemingly intent upon wiping out all signs of earlier gentility. Already ambitious growths had trespassed well beyond their beds. Weedy pioneers had set up vigorous colonies in the gravel. A green, greasy film had spread itself over the front steps.

The driver was a man of intuition.

“Don’t look like there was anyone ’ere, miss. You’re sure this is the right place?” he said, looking up dubiously at the house itself.

The Grange, even when cared for, was an unattractive mansion; deserted, its windows dirty and the blinds behind them drawn down, it became repellent. Among neighbors in the more polite suburbs of a manufacturing town it might have escaped comment, but set solitary in the country it demanded notice. It had an air of seeming oppressed by its own misplacement, and forever stared gloomily beneath supercilious gables across the pleasant countryside. The well-intentioned efforts of its builders to cheer it up by ornamental ridge tiles, wavy-edged barge-boards and an ingenious, crossword-like patterning of blue bricks among the red had been utterly wasted. It remained determinedly melancholy.

“Gorn away. That’s what it is,” was the chauffeur’s considered opinion.

Phyllida nodded. The sight of the drawn blinds had given her a sudden pang of alarm. Certainly the house bore every sign of desertion, but she had to be sure. She jumped from the car and ran up the steps to press the bell-push. Far back in the house she could hear the bell itself clatter with an aggressive resonance, echoing so emptily that she scarcely hoped for any result. The front door was firmly bolted, and she turned back to the driver.

“Wait here a minute. The back may be open.”

But it was not. She looked up at the blank windows with a puzzled frown, and then walked slowly back along the neglected path.

“Looks as ’ow it might ’ave been shut up for quite a bit, them windows is that dirty,” the driver greeted her, discouragingly, on her return to the drive.

She picked her way across a flower-bed beneath one of the windows. The blind had not been pulled quite to the bottom, and through the chink she was able dimly to make out the dust-sheeted shapes of furniture. Some of her alarm gave way to puzzlement. Evidently the house had been shut up with a view to a long absence. But why had she heard nothing of it? Her gaze traveled involuntarily toward the new laboratory wing added by her Cousin Derek. It was impossible to imagine her father parted for long from his work, yet the house would not be closed so thoroughly for a few weeks’ absence. Moreover, the driver was right, it had not been a recent departure. A movement behind her attracted her attention. He was wondering what to do next. Of course, she must decide that now. Her plans had extended no farther than an intention to get home. She must find out what had happened.