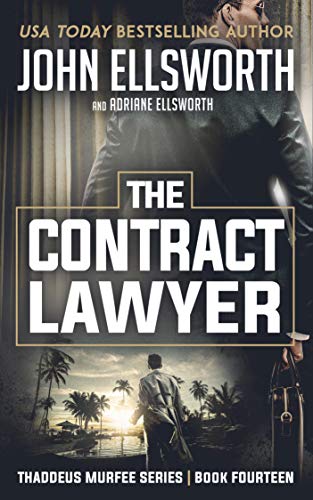 He went into the jungle to find his family. He came back out to find himself...

Thaddeus Murfee is an attorney in San Diego whose nephew is kidnapped to South America. The traffickers just didn't know all the rules, but he did.

This is Thaddeus at his best, pulled away from his normal life and cast into a cruel world where the cartels run rife and anything goes. This time, they rang the wrong doorbell, took the wrong kid, and ran in the wrong direction. Because this seasoned lawyer will stop at nothing to bring back his sister's son. And in the end, there will be a trial, inside a California courtroom, where justice is sought and crimes are punished.

But will they even be there? Or will they no longer walk the earth, buried in a South American jungle where no one cares?

Join million-seller John Ellsworth on a train wreck of a ride through South American jungles and back streets while your hero, Thaddeus Murfee, does his thing. Get it now!