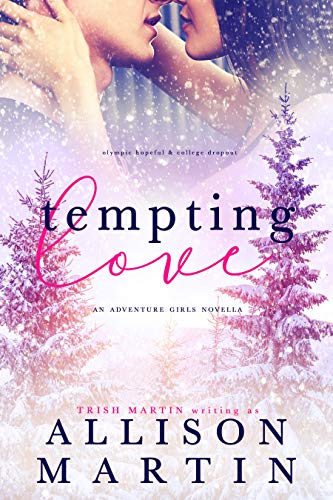 Give into temptation in Cascade Falls as a fiercely driven woman stumbles unexpectedly into love with her best friend's younger brother.

Olympic hopeful, Coraleigh Whitestone, is at the end of her training season and looking forward to letting her body get some rest in her brand new loft apartment. It's a short lived reprieve when she agrees to let her best friend's irritating younger brother move in until he finds a place of his own.

Noah Walker just needs a place to crash for a few weeks until his parents no longer want to disown him for dropping out of college in his last semester to move home and start a micro brewery. His sister's uptight best friend is his only option, but at least she has a sweet place.

Cora is not at all prepared for how much Noah has changed since the last time she saw him, and her attraction to him knocks her carefully planned future off its tracks.

When she isn't being bossy or argumentative, she's watching Noah like she's three seconds away from ripping his clothes off and he begins to see an untamed side of her, stifled by her ambition, that proves she is not as put together as she appears to be.