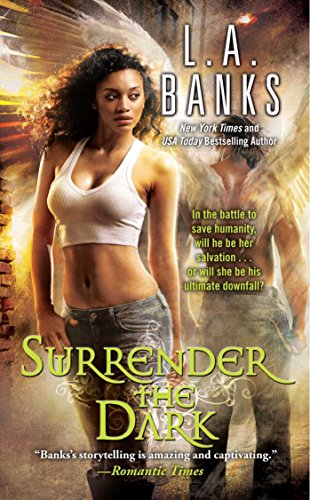 National bestselling author L.A. Banks’s electrifying new paranormal series is set in a sizzling world where Dark and Light are trapped in an eternal struggle for the fate of mankind. Celeste Jackson has fought all her life against a fog of hallucination and substance abuse, but it’s not until she meets her protector, Azrael, an angel who has left the safety of the Light, that she learns of the evil forces that have been trying to ruin her, and why. A fierce battle for control of the mortal realm is brewing, and only Celeste—with the help of the Remnant, her half-human, half-angel brethren—can stand in the way. Together, Celeste and Azrael must gather an army of sensitives to defeat the dark powers that have ruled humanity for centuries, but time is running out. If Azrael surrenders to his growing desire for Celeste, he risks being trapped among humanity forever. But the longer he stays, the harder she is to resist. To save the world, Celeste must draw on her own dark experiences with addiction to help Azrael overcome the one temptation that could possibly make him an eternal prisoner—his obsession with her.