One autumn afternoon in Mexico City, 17-year-old Luisa does not return home from school. Instead, she boards a bus to the Pacific coast with Tomás, a boy she barely knows. He seems to represent everything her life is lacking — recklessness, impulse, independence. Tomás may also help Luisa fulfill an unusual obsession: She wants to track down a traveling troupe of Ukrainian dwarfs. According to newspaper reports, the dwarfs recently escaped a Soviet circus touring Mexico. The imagined fates of these performers fill Luisa's surreal dreams as she settles in a beach community in Oaxaca.

Surrounded by hippies, nudists, beachcombers, and eccentric storytellers, Luisa searches for someone, anyone, who will "promise, no matter what, to remain a mystery". It is a quest more easily envisioned than accomplished. As she wanders the shoreline and visits the local bar, Luisa begins to disappear dangerously into the lives of strangers on Zipolite, the "Beach of the Dead". Meanwhile, her father has set out to find his missing daughter.

A mesmeric portrait of transgression and disenchantment unfolds. Sea Monsters is a brilliantly playful and supple novel about the moments and mysteries that shape us. 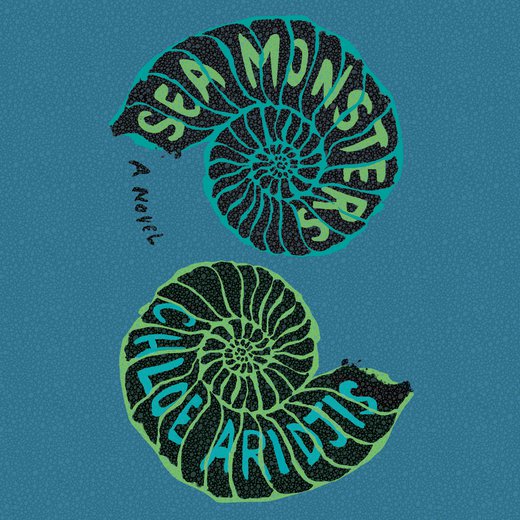 IMPRISONED ON THIS ISLAND, I WOULD SAY, imprisoned on this island. And yet I was no prisoner and this was no island.

During the day I’d roam the shore, aimlessly, purposefully, and in search of digressions. The dogs. A hut. Boulders. Nude tourists. Scantily clad ones. Palm trees. Palapas. Sand sifting umber and adrenaline. The waves’ upward grasp. A boat in the distance, its throat flashing in the sun. The ancient Greeks created stories out of a simple juxtaposition of natural features, my father once told me, investing rocks and caves with meaning, but there in Zipolite I did not expect any myths to be born.

Zipolite. People said the name meant “Beach of the Dead,” though the reason for this was debated—was it because of the number of visitors who met their end in the treacherous currents, or because the native Zapotecs would bring their dead from afar to bury in its sands? Beach of the Dead: it had an ancient ring, ancestral, commanding both dread and respect, and after hearing about the unfortunate souls who each year got caught in the riptide I decided I would never go in beyond where I could stand. Others said Zipolite meant “Lugar de Caracoles,” place of seashells, an attractive thought since spirals are such neat arrangements of space and time, and what are beaches if not a conversation between the elements, a constant movement inward and outward. My favorite explanation, which only one person put forward, was that Zipolite was a corruption of the word zopilote, and that every night a black vulture would envelop the beach in its dark wings and feed on whatever the waves tossed up. It’s easier to reconcile yourself with sunny places if you can imagine their nocturnal counterpart.

Once dusk had fallen I would head to the bar and spend hours under its thatched universe, a large palapa on the shores of the Pacific decked with stools, tables, and miniature palm trees. It was where all boats came to dock and refuel, syrup added to cocktails for maximum effect, and I’d imagine that everything was as artificial as the electric-blue drink; that the miniature palm trees grew fake after dusk, the chlorophyll struggling and the life force gone from the green, that the wooden stools had turned to laminate. Sometimes the hanging lamps would be dimmed and the music amplified, a cue for the drunks and half-drunks to clamber onto the tables and start dancing. The shoreline ran through every face, destroying some, enhancing others, and at moments when I’d had enough reminders of humanity I would look around for the dogs, who like everyone else at the beach came and went according to mood. A curious snout or a pair of gleaming eyes would appear on the fringes of the palapa, take in the scene, and then, most often, finding nothing of interest, retire once more into darkness.

Before long, it became apparent that the bar in Zipolite was a meeting place for fabulists, and everyone seemed to concoct a tale as the night wore on. One girl, a painter with cartoon lips and squinty eyes, said her boyfriend had suffered a heart attack on his yacht and been forced to drop her off at the nearest port since his wife was about to be helicoptered in with a doctor. In more collected tones, a tall German explained to everyone that he was a representative of the German Society for Protection Against Superstition, or Deutsche Gesellschaft Schutz vor Aberglauben—he wrote the name in tiny German script on a sheet of rolling paper for us to read—and had been sent to Mexico after a stint in Italy. An actress from Zacatecas no one had heard of insisted she was so famous that a theater, a planet, and a crater on Venus had been named after her.

And you, one of them would ask, noticing how intently I listened, what brought you here?

I had run away, I told them, I’d run away from home.

Are your parents evil?

And where was this someone?

And who was this someone?

An even better question.

But that was only half the story. I had also come because of the dwarfs. However fantastical it now seemed, I was here with Tomás, a boy I hardly knew, in search of a troupe of Ukrainian dwarfs. I say boy, though he was nineteen to my seventeen, and I say dwarfs, though I had yet to see them with my own eyes. In any case, if I stopped to think about it for more than a few seconds, the situation was almost entirely my fault. Calming thoughts were hard to come by, no calm, only numbness, as if stuck halfway through a dream, yet the realization didn’t trouble me.

The palapa held out the promise of one thing while the animated conversation and gaudy cocktails delivered another, and once I’d had enough I would return to my hammock through the sifting black of the beach and watch shadows advance and recede, never certain as to who or what they were. Sometimes I would see Tomás walk past, his shadow easy to pluck out from the rest, and although he kept a certain distance I recognized him instantly, tall and slender with a jaunty gait, like a puppet of wood and cloth slipped over a giant hand.

At some point I would have to explain to myself and to any witnesses how it was that I had ended up in Zipolite with him.

He had started out as a snag, a snag in the composition; from one moment to the next, there was no other way of putting it, he had begun to appear in my life back in the city. And since all appearances are ultimately disturbances, this disturbance needed investigating.

I didn’t even particularly like him at first; intrigued would be a better word. He was a sliver of black slicing through the so-called calm of the morning. I still remember most details, the pinkish light that spread over the street, painting the tips of trees and the uppermost windows, the shops closed, as well as the curtains on houses, and the only person I’d encountered within this stillness was the elderly organ grinder in his khaki uniform, seated on the edge of the fountain below the looming statue of David, polishing his barrel organ with a red rag before heading to the Centro. HARMONIPAN FRATI & CO. SCHÖNHAUSER ALLEE 73 BERLIN, read the gold letters down the side, but the organ grinder himself lived in La Romita, the poorer section of La Roma, though he always came to the plaza near my house to polish his instrument, preparing it for a social day outside the cathedral. None of his kind had ever been to Europe but they carried Europe in their instrument, their uniform, and their nostalgic, old-fashioned manner.

And it was as he sat there on the bench beginning his day that I saw another figure appear: a young man in black, tall and slender with a pale face and hair shooting out in twenty directions, who walked up to the organillero and held out a coin—I assumed it was a coin, all I saw was the glint of a small object transferred between hands—and continued on his way. The elderly man nodded in surprised gratitude; he was probably used to receiving alms when music was produced, not silence, and here, out of nowhere, first thing in the morning, had come this offering.

Despite having to catch the school bus at 7:24 I followed the new person as he hurried down streets parallel to the ones I normally took, past mozos sweeping the streets before their employers awoke and tramps curled up in the porticos of grand houses beginning to uncurl. But once he turned off into Puebla my inner map cried out and I swerved around and retraced my steps in a hurry, arriving just in time to board my bus at the junction where Monterrey meets Álvaro Obregón. The quiet of the streets vanished the moment I stepped onto this traveling ship of the wide awake, wide awake thanks to the gang of new wave Swedes at the back. There were four of them, three boys and a girl—sister to one—and they colonized the last row with their blondness and asymmetrical haircuts, always one tuft eclipsing an eye, and trousers rolled up just enough to reveal their pointy lace-up shoes, but above all they colonized the bus with their portable stereo, for they asserted themselves, communicated almost entirely, through their music—Yazoo, Depeche Mode, the Human League, Soft Cell, and Blancmange—and it was in this way, after the first glimpse of Tomás, that I was launched into the day.

In Zipolite the sun seared the sand, and the heat particles, free to roam where they pleased, dissipated in the air. Yet our Mexico City was situated in a valley circled by mountains. High-pressure weather systems, weakened air flows, rampaging ozone and sulfur dioxide levels, basin geography: a perfect convergence of factors, said the experts, for thermal inversion. Ours was a world of refraction, where light curved, producing mirages, and sound curved too, amplifying the roar of airplanes near the ground. And each time an event in Mexico challenged the natural order of things, often enough for it to become part of the natural order, my parents and I called it thermal inversion.

Thermal inversion whenever a politician stole millions and the government covered it up, thermal inversion when an infamous drug trafficker escaped from a high-security prison, thermal inversion when the director of a zoo turned out to be a dealer in wild animal skins and two lion cubs went missing. But the real thing existed too, and on some days the air pollution was so fierce I’d return from school with burning eyes, and everyone from taxi drivers to news presenters complained about the esmog but the government did nothing. The clouds over our city were of an immovable slate, granite, and lead, and only the year before, migratory birds had dropped dead from the sky—exhaustion, ...