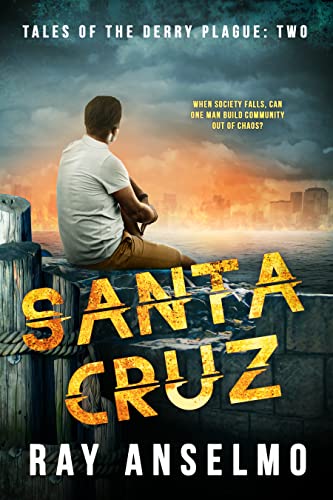 THE SEQUEL TO THE POST-APOCALYPTIC HIT LAST IS NOW HERE!

Half-Irish half-Senegalese Dr. Bayo is teaching a class at the University of California, Santa Cruz when his students start dropping like flies – one falling dead right in front of him. A mysterious plague is spreading rapidly and wiping out most of humanity. With emergency services stretched beyond capacity and disappearing as well, there’s nowhere to go for assistance, no way to reach his family, no one whose lead he can follow.

In fact, the few survivors start looking to him for leadership! Eric doesn’t feel qualified to lead anyone, but … well, someone has to step up. Soon, he’s doing his best to fumble his way through crisis after crisis: where will food come from, how to keep the electricity and water flowing, what to do as the crowd of people depending on him grows, and grows, and grows. And not everyone likes what he’s doing or how he’s doing it – or is willing to go along.

As he seeks out help, puts people to work, feeds and houses them, and tries to build community out of chaos, all under the shadow of countless deaths, can Eric bring safety and civilization back to SANTA CRUZ?