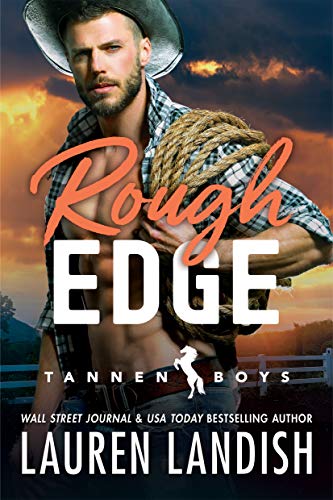 This ain't no love triangle.
This is people not knowing when to let fate do its thing.

Brody Tannen has been the boss for way too long, putting everyone's needs above his own.
It's the way his family farm stood while fate took shot after shot against them.
But now he's got a chance to figure things out for himself.

Everyone keeps pushing him one way, but deep down he knows which way he should go.
Towards her... Erica Cole, the rough and rowdy woman that's always been one of the guys.
Except to him.

Brody loves her inappropriate humor and smudges of grease on her cheeks.
He wants nothing more than to be the one who cracks her exterior shell to find the sweetness he's sure is inside.


Erica Cole has been in a man's world her entire life.
First in the military, and now, taking over her dad's mechanic shop.
She's not the sugar and spice girly type that guy's normally go for.
She's grease and engines, snark and bite, responsibilities and expectations.

So when Brody Tannen sets his sights on her, Erica doesn't know how to handle it.
Not when everyone else thinks she's destined for a man that does nothing for her.
Erica can't say the same for the broody, cocky cowboy that saunters into the shop though.
Brody's tall, dark, and won't give up, which is a problem because Erica desperately wants to know what's lurking beneath his hungry gaze.
Even if she should stay far away from the heat he promises.


They both know what they want, but can they stand strong against those who think they know better to get the happily ever after they deserve?