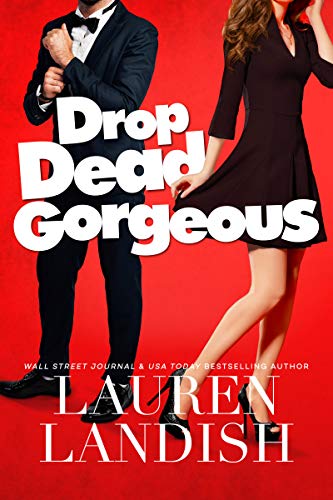 I see dead people.
No, not like that movie.

I'm a coroner, and yes it's the kiss of death on my dating life. When men find out what I do, I'm lucky to hear “it was nice meeting you.”

Until I almost accidentally kill Blake Hale with my car.
Instead of being freaked out by me, he's intrigued.
No matter how much I try to scare him off, he keeps coming back for more.
And for a follow-the-rules guy, he's breaking them all for me.

We couldn't be more different.
He's all goodness and light, with a brain that's even sexier than his six pack.
I'm danger in a pretty package, and no amount of knocking on wood is going to make the happily ever after he's promising come true. But...

With each word we exchange, my resolve weakens.
With each heated look, he gets further into my soul.
With every kiss, he consumes me by accepting me just as I am.

I deal in death all day. He sells life... insurance. What could possibly go wrong when I start believing in Mr. Right?

Drop Dead Gorgeous is a full-length meet-cute Romance... with a twist! It is a standalone. 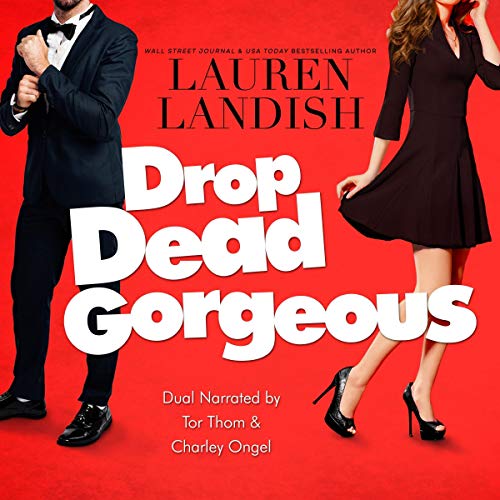 I pull up to the one-story brick house, noting the property. Out here in Williamson county, there’s no fancy area of McMansions, but this is probably as close as it gets. Small homesteads of an acre or two, just enough room for residents to have space to breathe. Definitely different from the mobile homes and fixer-uppers that never get fixed that dot the majority of the county.

I shut off my engine and get out, also noting to myself the four sheriff’s department cruisers out front. Must be a slow day to have that big of a gang here.

Calling all crooks, calling all crooks in Williamson County. It’s open season on all crime! Everyone’s too busy here to care about your speeding or bank robbing! A rich dude croaked. That’s more important than your piddly shit!

I go around to the back of my car for my gear bag, noticing there’s one deputy out front wrestling with a large reddish-orange dog as he tries to attach a leash to its collar.

I can’t help but grin at the silly antics as the man and cute beast battle for dominance. Obviously, Rusty never went to obedience school, or he just doesn’t give a shit what some deputy dawg tells him.

“Looks like he’s handing you your ass,” I say with a laugh, adjusting my bag on my shoulder so I can lend a hand if need be. “You good? Need another pair of hands?”

Usually, someone getting shown up by a dog that looks like he could be in a dog food commercial would welcome some assistance. Anything to end the shame and limit their chance of becoming a meme. You take help from anyone for that. But not from me, apparently, because the deputy pales as though I’m scarier than the dog and stutters, “Nope, all good, Zoey. You go on inside. I’ll keep Rusty over here, away from you.”

It sounds like he’s protecting Rusty from me, not the other way around. And he’s practically falling onto his ass backpedaling from me.

Ugh. Thankfully, my hat covers my eye roll, although I’m pretty sure they could hear it on the other end of the county with as hard as I did it.

Inside the entryway, I take the time to pull on my gloves before passing by Jeff. He’s the sheriff, so I’ve worked several cases with him, but our paths don’t cross too often. I give him a head nod, just trying to be professionally friendly, one he nervously and grudgingly returns.

The scene’s deeper in the house, and as I make my way toward it, I notice the officer with Jeff, a young, blond, Ken-doll type guy I haven’t seen before. As I look for a clear space to put my bag, he whistles softly. “Damn, I’d like a piece of that.”

Jeff snorts and schools the rookie. “No, you don’t. That’s one to stay far, far away from. They call her Drop-Dead Gorgeous, ’cuz she kills ’em and then takes care of the bodies, if you know what I mean.”

Jeff makes it sound like I’m some evil witch who burns bodies under the light of every full moon. I can feel the newbie’s eyes appraising me, deciding whether I’m worth the risk of my reputation. Honestly, I’m not offended. If anything, Jeff is doing me a favor by directing the newbie away before I have to.

It’s for his own good. And for mine too.

I might come in relatively attractive packaging that gets attention, my dark hair silky and shiny even in its functional low bun, my blue eyes sparkling in the interior lighting, and my skin creamy and smooth. I’ve been compared to Snow White once or twice, but people tend to run for the hills as soon as I open my mouth.

If I even get to a first date, usually blind ones, the initial ‘get to know you’ phase is inevitably my downfall.

“What do you do for a living?”

“Uh, does that mean you play with dead bodies all day?”

“Well, no. But I do work with cadavers.”

It’s not, at all, but no one ever cares. I’m an investigator, a detective in a way, only all of my cases involve death. I help families find peace after a loved one has passed on, answer the inevitable ‘why’ questions, and act as the final storyteller for my patients’ truths. What I’m not doing is playing dress up with the dead instead of Barbie dolls.

I’ve gotten used to dates being cut short with an awkward joke about “hope to not see you anytime soon.” That’s fine. I gave up on dating ages ago, anyway. And that’s just the half of it. Too long a story to get into while I’ve got work to do, but let’s just say me and Death became best buds a long, long time ago. I can’t help but smile sweetly at the rookie and wave two fingers, though, pretending that I have no idea what Jeff is talking about.


Rookie uncertainly smiles back, and I switch modes in an instant, my smile morphing into a growl as I bite my teeth together with a clack and my fingers turning into claws. Grr! I’m a tiger that’ll eat you for breakfast, and not in the morning wood-good way. He recoils quickly, stumbling into the mantel above the fireplace and knocking down a figurine that looks like an old-school tin soldier.I laugh. That was too easy.I see Jeff grimace and mutter, “Told you so. She’s a bit . . .” He doesn’t finish the sentence aloud, instead completing it by circling his finger by his ear to indicate that I’m crazy. “Talks to the stiffs, ya know.”Pfft. As if he doesn’t talk to his stiffy too.Okay, so his is a bit different, but you can’t tell me Jeff doesn’t talk to his dick every day, because I’ve heard him tell his daily breakfast donut ‘come to Daddy’ more times than I can count. And if he’s talking to food, he’s talking to Mr. Woody, and I’m not unpacking that level of crazy for all the money in the world.Nope, I’ll just keep talking to the dead bodies, filling in their side of the conversations in my mind, and that does not make me crazy.Weird, I’ll admit. But not crazy. I mean, fuck, at least they’ve usually still got their ears. Except for that one time . . .Entering the kitchen, I see a guy hunched over the dining table, his breakfast plate of scrambled eggs and toast still sitting in front of him. Actually, make that under him. He’s literally nose-down in eggs. The orange juice glass has been righted, probably to keep it from rolling off the edge, but the spill of liquid is still dripping off the table into his lap, soaking his tie.