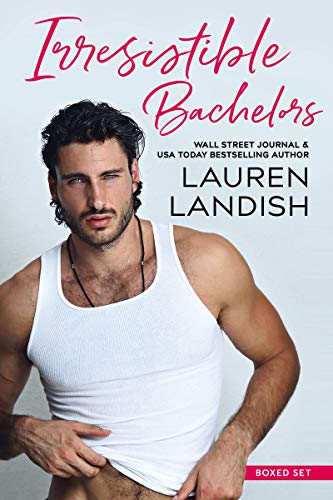 
Anaconda
Football star and Internet sensation Gavin “Anaconda” Adams is the biggest celebrity this little town has ever seen.
But will one night with vivacious maid, Brianna Sayles, cost him everything?


Mr. Fiancé
Businessman Oliver Steele finds himself running favors for his best friend, as in, pretending to be Mindy Price's fiancé for a week.

But what happens when what's supposed to be fake... turns real?


Heartstopper
Roxy Price is the girl with the golden pipes, with dreams of stardom and a successful music career.
After a night of letting loose, she meets Mr. Right Now for a night to remember. The only problem? When she goes in to work Monday morning, she's greeted by that same irresistible smile.

And Mr. Stone is making it perfectly clear that strictly professional is not in his vocabulary.


Studmuffin
For Workaholic Hannah Fowler, a trip to Hawaii is just what she needs. Except it's supposed to be strictly business, sealing a real estate deal for her company.

When her arch nemesis Tony Steele shows up to compete for the same property, Hannah surprisingly finds herself fighting to keep the deal... and her heart.


Mr. Fix It
When Cassie White finds herself working alongside shirtless friend Caleb Strong on her childhood home renovation, she can't help but see him in an entire new light. But they've never crossed that line. They're just friends.

But she's got needs, and he's got the right tool for the job.