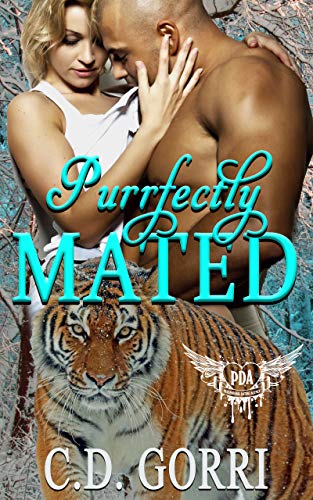 He's the leader of his pride, she's a normal with no idea Shifters exist. Can Hunter convince Elissa she's his purrfect mate?

The leader of the Maverick Pride needs a mate and who better to help him out than the incomparable Gerri Wilder!

Hunter Maverick is having trouble keeping his Tiger under control. The eight-hundred-pound beast that lives inside of him wants him, the Pride Neta settled, but none of the females in his Pride call to him. Only his fated mate will do, but where is she?

Elissa Phoenix has hit rock bottom when a blind date turns out to be an awful disaster. After refusing to put out to pay for her meal, a cold buffet dinner in the most rundown casino on the Atlantic City boardwalk, she jumps out of her so-called date's car and decides to walk back home. Only it's a two-hour trip by car and it just started raining!

Can life get any worse? A strange woman stops her stretch limo and offers Elissa a ride. She decides to trust her gut and gets in. Little does she know it is a decision that will change her life forever!

Gerri Wilder is on her way to meet the Maverick Pride leader when she spots a woman walking alone in the dead of night on a dark county road. She has her driver pull over, offering a ride to the curvy stranger.

Just like that, Gerri knows she has found the purrfect mate for the big bad Tiger of Maverick Point, New Jersey!