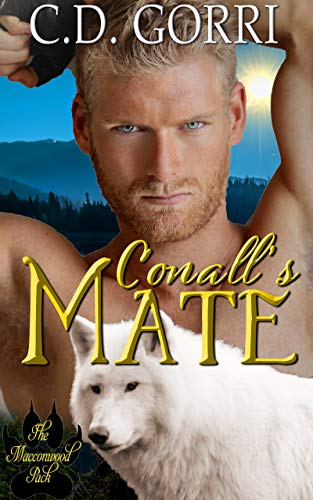 She was just another assignment, but what happens to this cocky Werewolf when she turns out to be so much more?

Conall Truman loved being single. As one of the Alpha's Wolf Guard he had plenty of danger and excitement in his life. And when the need called for it, he had his pick of names in his little black book to satisfy any carnal cravings.

Of course, finding a wingman was getting harder and harder with all his buddies getting mated. Even his own Wolf was starting to get ideas about finding a female, but he put the brakes on that train of thought. And fast!

Elia Spark needs sanctuary from her domineering, and possibly criminally insane cousin. The search for the High Alpha has begun and her cousin will stop at nothing to tip the odds in his favor. Including forcing her to marry him. Can you say ick?

Fleeing her home is the only way to save herself, but she wasn't counting on meeting her mate in a cocky Werewolf with spiked blonde hair and a body that was too tempting for words.

The bad boy might be her fated mate, but Elia was done cowering to the men in her life. If this Wolf Guard wants her, he was gonna have to work for it.