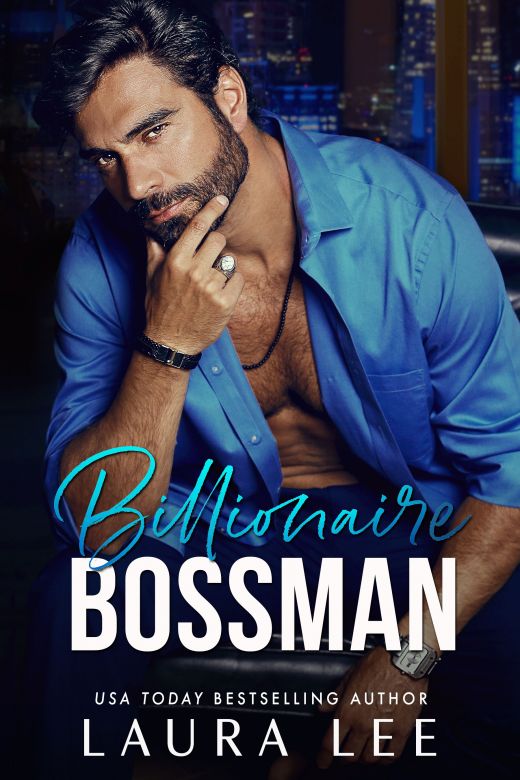 It can't get much worse than finding your fiancé banging his secretary over the back of your couch, right?

Try discovering your unforgettable, dirty talking, arrogant as f*ck one-night stand is your new boss. The same man that you hate with a fiery passion but your traitorous body refuses to read the memo.

I'll admit, Liam Maxwell's cockiness is not unwarranted--in the bedroom or the boardroom--but I'm a professional. I refuse to let an inconvenient attraction affect my career. I'll just have to do what I do best: manage the situation objectively.

Why do I get the feeling that's going to be much easier said than done?

Note: This is an interconnected standalone novella in the Bedding the Billionaire world. It was previously published under the title, Public Relations. The content has not been revised. 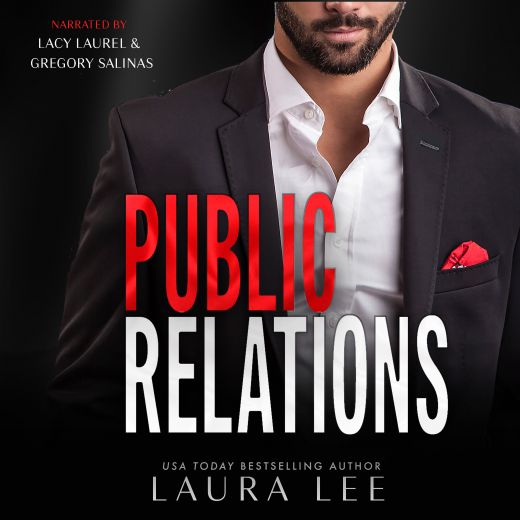 What in the actual fuck?

I’m home a day early from my business trip to surprise my fiancé, Stuart. Considering it’s three in the afternoon on a Wednesday, said fiancé should be in the office reviewing the contract that I had signed, sealed, and delivered into his lap after spending the last two days in Atlanta. What he should not be doing, is banging his secretary over the back of our couch.

Neither one of them have noticed me at this point, so I watch with morbid fascination as he ruts into her like a pig in heat. I don’t really know what pigs look like when they mate but comparing him to swine seems rather appropriate at the moment, don’t you think?

“Oh, Stewie, just like that! Your cock is so huge I can barely take it!”

Huge? The only way Stewie would be considered huge is if you were comparing him to a gherkin. Even then, it’s a toss-up.

Stuart grabs her hips and starts doing his best impression of a jackhammer. “Uh...Callie...baby, you’re so fucking tight. I’m not going to last much longer.”

Hate to break this to you, Callie baby, but Stuart never lasts much longer. I look at the face of my Rolex—the watch he just gave me for my twenty-ninth birthday—and think to myself that this will be over in about a minute.

A vein pops in the middle of Stuart’s forehead as he throws his head back. “Unh...yeah, that’s it. I’m coming, baby! I’m coming so hard!”

“Mmm, yeah, baby, I’m coming too. Ooh, yeah, give it to me.” Callista’s voice is slightly porny, which leads me to believe that she’s totally faking it.

You’re probably wondering why I haven’t said anything at this point, right? I should be spitting mad. Ready to take a stand on behalf of all women scorned. Maybe I should be yelling or throwing things, or at the very least, let them know that I’m standing in the doorway so they’d put an end to this shit show. I’d be lying if I said the thought of chucking my Louboutins at his face didn’t sound appealing, but truthfully, Stuart Reed is not worth potentially breaking a heel.

In fact, these two are doing me a favor. Stuart and I have been together since college, but our relationship has been dead for a long time. I don’t even know why I agreed to marry him in the first place. It just seemed like a natural progression since we had been a couple for so many years. We got along well, and we had similar interests, so it made sense, I guess. Sex between us was always lackluster at best, but I’m not really one of those women that prioritizes bedroom activities. Sure, it’s nice to have a release sometimes, but my showerhead can do that for me just fine.

I never understood that all-consuming desire that you see in movies or read about in romance novels, where people can’t keep their hands off each other. Quite frankly, I think the whole concept is asinine. I get much more satisfaction out of signing a big client than I’ve ever had from a lover.

I cross my arms over my chest as their bodies fall lax and then I clear my throat. “Hi, guys. How’s it going?”

Their eyes widen comically as they disentangle from one another. Callista shrieks and starts gathering her clothing off the floor while Stuart remains frozen in shock, with his pants around his ankles.

“A-Avery,” he stutters. “What are you doing here? You’re not supposed to be back until tomorrow.”

I arch an eyebrow and nod toward the couch. “Yeah, Stuart, it’s pretty damn obvious you weren’t expecting me.”

He quickly looks at his secretary and back to me again. “Darling, this isn’t what it looks like. It didn’t mean anything.”

I don’t miss the glare Callista sends his way. She remains mute though, and makes a run for it after she finishes dressing.

“I’m so sorry, Avery,” she whispers as she passes me.

Stuart pulls his pants up and steps toward me.

I hold my hand up to ward off his advance. “If you’d like to keep your nuts intact, you probably shouldn’t get any closer, Stuart.”

He blanches. “Avery, I swear, this was a one-time thing.”

“Really?” I challenge. “So that’s supposed to make it better? Why was she even in our apartment, Stuart?”

He gulps. “I decided to work from home today, and she was dropping off contracts. Callie’s been coming on to me for a while, and you and I haven’t made love in months and well...I’m a man. I have needs.”

“Wow...so let me get this straight. This is my fault?”

He shakes his head. “No, sweetheart, that’s not what I was saying. I messed up. I swear it won’t happen again.”

He blinks rapidly. “Really? You’re okay with this?”

I roll my eyes. “No, I’m not okay with this, you moron! You were just fucking your secretary over the back of our couch. How would that ever be okay?”

He pinches the bridge of his nose as if I’m the unreasonable one. “Look, Avery, we need to find a way to get past this. I’ll buy another couch if that helps. We can forget this little...incident ever happened. There’s too much at stake at the firm to allow a silly personal issue to affect our productivity. There’s no I in team, Aves. We need each other.”

Sadly, he’s right about our working relationship. In that respect, Stuart and I burn hotter than ever. We’re the top closers by a mile at one of the largest PR firms in New York. A firm that Stuart’s father just happens to own, but nothing was handed to us—we’ve earned our status through talent, long hours, and drive. Our client list contains actors, athletes, supermodels, and the occasional mogul or Wall Street douchebag. Together, we’ve brought in over a hundred million dollars to Reed & Associates in the past year alone.

I narrow my eyes. “You should’ve thought about that before you stuck your dick inside your secretary.”

He throws his hands up in exasperation. “I said it wouldn’t happen again!”

I pick my bag up off the floor. “You’re right, Stuart. It won’t because I’m done. I’ll be at a hotel until I can make other arrangements. Don’t worry; I’ll send you the bill. It’d be great if you can be gone tomorrow so I can come to get my things.”

“You can’t be serious! You’re just going to throw away the last seven years of our lives?”

“Oh, I’m serious,” I confirm. “We may have to work together, but we don’t have to be together. I can be professional in the office, and I hope you can do the same.” I pry my engagement ring off my finger and set it on the entry table. “I hope Callie baby keeps your tiny dick happy.”

His jaw drops. “Tiny?! I’ll have you know it’s perfectly average. Above average, maybe.” He narrows his eyes. “Maybe you’re too loose from all the men you’ve slept with. Ever think about that?”

I roll my eyes. He and I both know that I’ve only been with two other men. Also, I’m a Kegel master. “You keep telling yourself that, Stewie. Your teeny wienie isn’t my problem anymore. If you wanted it tighter, you should’ve brought a bigger dick to the table.”

I don’t give him a chance to reply before I walk out the door and slam it behind me. Unsurprisingly, he doesn’t even attempt to follow, probably still pouting over my insult to his manhood. It may have been a cheap shot on my behalf, but the look on his face when I said it makes me smile during the entire elevator ride down to the lobby.