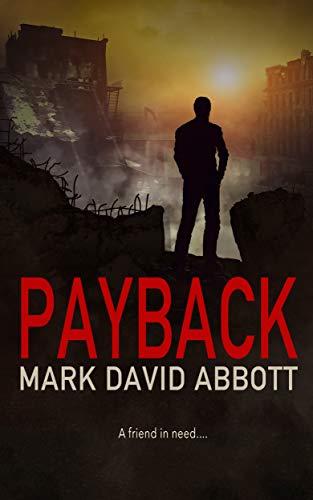 How much would you risk to help out a good friend?

John Hayes has settled into a new comfortable life in Lisbon. All his enemies are dead, he is wealthy beyond his dreams, and he shares his days with a beautiful woman he loves with all his heart.

Life is perfect... or is it? Sometimes too much of a good thing can be.... boring.

So when an old friend calls on John Hayes asking for help, John jumps at the chance. Debts must be paid back even if it means putting your own life in danger.

Payback, the sixth installment of the John Hayes Thriller series takes you from the serene cobblestoned streets of Portugal to the battered bombed-out ruins of Syria, where John faces his most challenging task yet.

Will risking all that he holds dear, including his own life, be too high a price to help a friend in need?

What people are saying :

"Wow, what a roller coaster ride!!! This book grabs hold of the reader from the very first pages and doesn't let go until the end."

"A fast past edge of your seat adrenaline rush. I could not put this read down."

"John Hayes is a terrific character that just gets better with time."