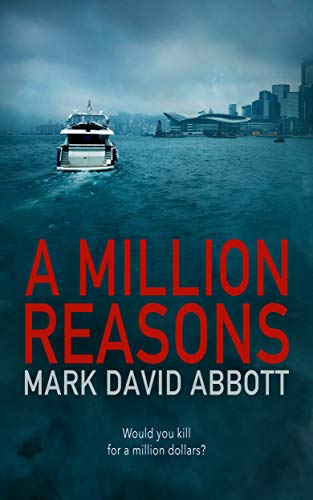 John Hayes is trying to move on but it's not easy.


Haunted by nightmares after the death of his wife he attempts to start a new life in Hong Kong, but he finds himself deep in a rut. A  mental state bordering on depression, a job he hates, and a salary that fails to last til the end of the month.

Until one day he finds a million dollars in his bank account! It could change his life forever, but.....it comes with dangerous strings attached.

Once again he is tested. Should he keep the money, break the law and potentially turn his life around, or should he give it all up and continue with his unhappy depressing existence?


Just how far is he willing to go?


What would you do?

‘A Million Reasons' is the exciting follow up to ‘Vengeance,' the first book in the extremely well received John Hayes Series.

What reviewers have said about Vengeance:
Hard to put down!
Captivating from the first page!
Great story. Great characters. A strong new entry into the thriller genre.
What a finely-crafted, intriguing tale! I can definitely recommend it,