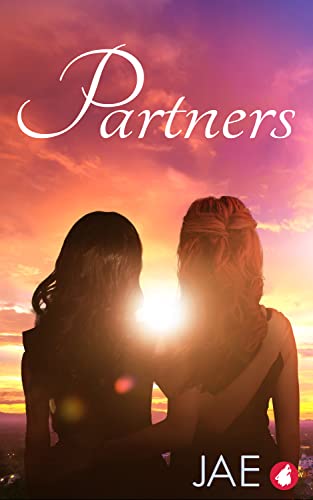 Ice queen Dee has never before shared the top spot with anyone. Running a new company with her girlfriend, Austen, is taking some getting used to, especially since Austen doesn’t deem knocking heads together to be an acceptable leadership choice.

When disaster strikes at work and their management styles clash, they’re forced to figure out how to be as good together as business partners as they are lovers. It might take compromises and donut bribes, but they’re determined to find a way.

Austen capped the red marker, stuck it back into her cockatoo penholder, and studied the sketch with a satisfied grin. She couldn’t wait to hear what Dee would think. The candy cane–shaped chew toy had been her partner’s idea, and Austen had improved on it by making it a bird perch with a little bell at one end.

Even just three months after establishing their company, she loved how smoothly they worked together.

She jumped up with a little too much vigor, sending her office chair halfway across the small room, and picked up the sketch to take it over to Dee.

As soon as she opened the door, a familiar booming voice reached her.

Back when they had both worked at Kudos Entertainment, shouting from Dee’s office hadn’t been anything out of the ordinary. Her uncle had made her the company’s problem fixer, so she had stepped in whenever an employee had messed up, a supplier couldn’t deliver, or something else had gone wrong.

But now her job no longer consisted of knocking heads together, and their tiny company had only two part-time employees, so what on earth was going on? Was Dee on the phone with someone?

Just as she contemplated knocking, the door was wrenched open, and Courtney, their administrative assistant, hurried past Austen without stopping. Her head was down and her shoulders up, like a turtle retreating into its shell.

What the…? Austen stared after her.

A loud thump against the wall drew her attention back to Dee’s office. Cautiously, Austen walked through the still-open door and stopped to pick up the stapler Dee must have hurled across the room. At least it hadn’t been the computer mouse she had given Dee for Christmas shortly after they had first met.

Dee was pacing back and forth in the small space behind her desk. The neat chignon she wore at work was coming undone as if she had run her hands through her hair repeatedly.

For a moment, Austen stopped, stapler in hand, completely mesmerized by Dee’s tall frame, her powerful movements, and the intensity radiating off her. Then she gave herself a mental kick. Stop ogling and find out why she’s having an Attila moment. She closed the door behind herself with an audible click to make her presence known.

Dee whirled around. When their gazes met, the fierce expression on her face softened for a moment.

The vehement words hit Austen like a sharp gust of wind, making her sway back for a second. Then she braced herself and dropped into the visitor chair. “First of all, if anything, we have to fire her.” She firmly set the stapler down on the desk. “We run this company together, don’t we?”

“Yeah, of course,” Dee said immediately. She eyed her desk chair and then reluctantly dropped into it so she was no longer towering over Austen. “When I tell you how badly she fucked up, you’ll want to fire her too.”

Dee pinched the bridge of her nose as if a massive headache was forming. “She royally messed up the Kickstarter campaign for the parrot-friendly Christmas tree.”

“Wait! How can she have messed that up? That’s fully funded and practically done, isn’t it?”

“That’s what I thought too. But Courtney really has a special talent for messing things up.” Dee hurled a dark glare in the direction of Courtney’s tiny office. “I swear that woman can’t even focus long enough to click the right button on a website. Instead of editing the campaign to add the latest updates, she canceled it. Now all pledges are voided. Poof! All our funding is gone!”

For a moment, Austen couldn’t breathe, and a heavy weight seemed to squeeze all the air from her lungs. “G-gone? But…but…isn’t there a way to undo it or start a new campaign or…?”

“Do you really think anyone will give us money after that snafu?” Dee shook her head. “We lost our backers’ trust, and building it again or finding new backers will take too long. There’s no way we would be able to get it out in time for the holiday season.”

Damn. Austen slumped against the back of her chair. She had really looked forward to offering their customers a Christmas tree that was safe for their pets. It would have been a unique product that none of their competitors had thought of so far, and it would have put Feathered Friends on the map as a company that knew what bird owners wanted. She stared past Dee to the glittering band of the Willamette River right across the street. Finally, she inhaled and exhaled deeply. “Okay. So it happened. How can we move forward from here?”

“First thing we should do is fire Courtney,” Dee muttered. “Or maybe pull out every single one of her brightly painted finger- and toenails with a pair of pliers first and then fire her.”

The vivid description made Austen smile despite the seriousness of the situation. She reached across the desk and gently nudged her partner. “Come on. Everyone makes a mistake every now and then. Firing her probably isn’t the best way to deal with it—and neither is shouting at her.” She couldn’t keep the gentle rebuke from her tone. “All that’s going to do is make her even more nervous, and that’s not going to help her job performance.”

Dee leaned back and folded her arms across her chest. “Well, coddling her the way you’ve been doing isn’t helping either.”

“Yeah, but that’s the thing, Austen. You’re not her friend. You’re her employer, and you need to start acting like it.”

“And that means I can’t treat her like a human being?” Austen refused to accept that. “Did you see the look on her face when she ran out of here? She’s terrified of you.”

Austen stared at her. Sometimes she couldn’t believe that this tough businesswoman was the same person as her gentle, considerate lover. “Is this really how you want things to be at Feathered Friends? You’re no longer at Kudos. We’re a tiny company. It’s like a family. There’s no need for you to keep acting like the ice queen who has employees for breakfast and then picks her teeth with their bones.”

Dee snatched up the squishy stress ball from her desk and started kneading it. “No.”

“No, we’re not a family. We might be tiny, but we’re still a business,” Dee said, her tone firm. “Treating employees like family members doesn’t work. There needs to be a hierarchy and clear expectations, or it’s all going to hell in a handbasket.”

“I’ve got nothing against clear expectations, as long as it’s not the expectation that employees will be shouted at and threatened to be fired whenever they make a mistake.”

Dee pressed the badly mangled stress ball against her desk with so much force that it started to resemble a pancake. “Or the expectation that employees will be coddled and defended, no matter how badly they harm the company.”

They stared at each other across the desk. Austen refused to back down and look away from Dee’s heated gaze.

“This good-cop-bad-cop game you’re playing isn’t fair.” Dee pronounced every syllable clearly, as if she needed all her self-control not to shout at her.

“Game? What are you talking about?” Now Austen struggled not to raise her voice too. “I’m not pla—”

“Yeah, you are.” Dee flung the stress ball into a corner. “You’re letting them get away with too much, and that forces me to be the ice queen.”

A knock on the door interrupted, and Eliza, their second employee, stuck her head into the office. She looked from Dee to Austen and back. “Um, sorry to interrupt. We just got the list of materials from the potential new supplier.”

Austen suppressed a sigh. Eliza wasn’t responsible for ordering materials. That list had been emailed to Courtney, but she had sent in Eliza because she didn’t want to face Dee.

“Courtney says they look great because their paints are all nontoxic,” Eliza continued. “She wants to give them the go-ahead, but I wasn’t sure, so—”

“No!” Dee shot out from behind her desk. “Jesus, I told Courtney at least three times that paints, even nontoxic ones, are out. Birds can choke on the paint chips. What we need is a vegetable-based dye that will—” She took a deep breath and squeezed her eyes shut. When she opened them again, her gaze went to Austen and she visibly reined herself in. “Can this wait?” she said to Eliza but didn’t look away from Austen. “We were in the middle of…um, something important.”

“Oh, sure.” Eliza backed away. “I’ll just tell Courtney not to do anything until she talks to you.”

Dee searched her eyes. “Are you sure? I can—”

“I’m sure.” Austen stood. Arguing back and forth wasn’t accomplishing anything other than hurting each other, and that was the last thing she wanted. “We’ll talk once we’ve both calmed down, okay?”

Dee hesitated for a few moments and then nodded. “Okay.”

Austen slipped past Eliza, ignoring her curious looks, and walked to the stairs without detouring to her office. She needed some air.