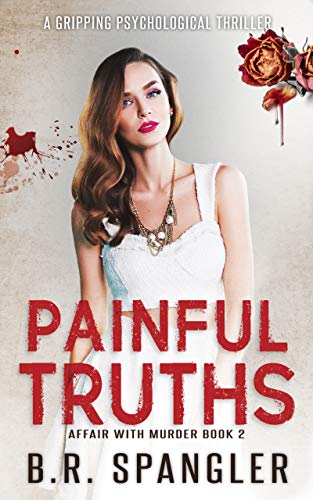 Murder is Easy. But the consequences are Deadly.
Amy Sholes has a problem. An obsession. She's a murderer.
A talented and prolific serial killer. To most, Amy is a monster--evil, a cancer on her soul. But to many, she is an angel, avenging, serving justice and helping those who could not help themselves.
Amy's only rule, she only kills those who prey on others.
Beautiful and sexy, Amy is a killer you'll want to root for.
Book 2 continues Amy's story and her Affair with Murder.
She's not dangerous--not like other murderers. Amy has kept to her rule, killing only those who the world won't miss. It's an odd sense of justice, but it works for her and makes her terrifically likable.
Amy and her partner have become hugely successful killers for hire, passionately righting the wrongs of the past through vigilante justice. The Darknet is where Amy finds her targets, where she hunts to feed her serial killer desires. And when she's not looking after her family, she's lurking, watching and researching deep web links that turn her on to her next case.
It's a dangerous world she's playing in, and she wasn't alone and should have been more careful. Someone was watching her.
It's not long before the hunter becomes the hunted and Amy must kill to stay alive in this thrilling sequel to book one, Killing Katie.