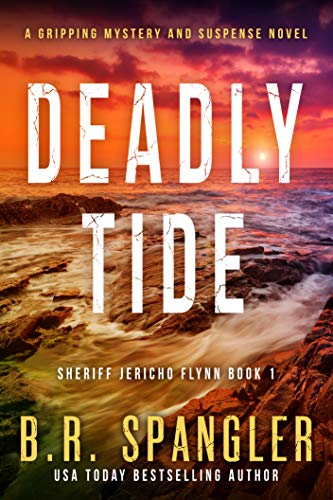 B.R. Spangler
Follow
Sometimes the most dangerous are the ones closest to you...
Genres:
Buy now
Available in:
Share

Sometimes the most dangerous are the ones closest to you...

Sheriff Jericho Flynn's life in the Outer Banks of North Carolina is shattered following the mysterious death of his wife.


A broken man, Jericho is forced to emerge from the depths of his despair when his only son is suddenly accused of an unspeakable crime. Murder.

With his son shrouded beneath a cloud of suspicion, Jericho finds himself deeply immersed in the investigation and connects the murder with the recent disappearance of a child.

A crab pot and a sunken duffle bag lead Jericho to the gruesome discovery of a second missing child. He soon untangles a string of kidnappings and murder, revealing a chilling timeline—a Deadly Tide, a cycle that is set to repeat.

Peeling back the layers of deception and cruel betrayal, his wife's mysterious secrets begin to surface and have a disturbing connection to the case. Time is running out, and Jericho is in the fight of his life to prove his son's innocence and to unmask the killer before another child dies.

A totally gripping crime thriller with unexpected twists and turns. Fans of Patricia Gibney, Gregg Olsen and Lisa Regan will love this book.