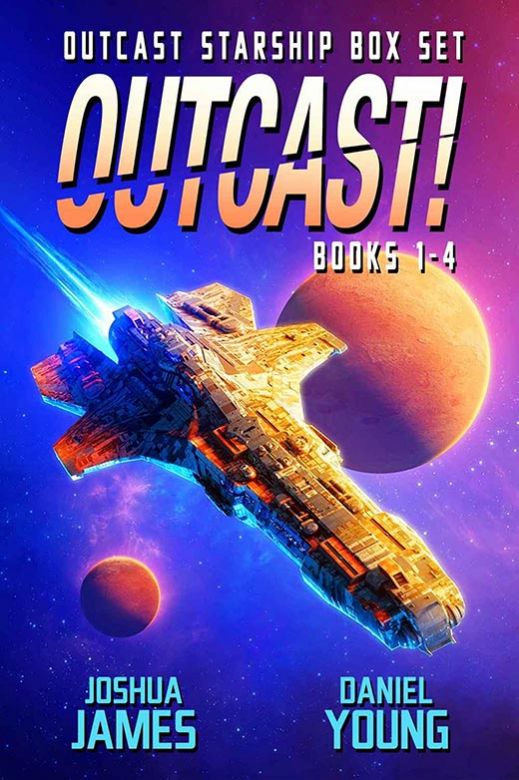 Two decades after he was banished from his homeworld for a disaster that still haunts him, Eli Bryce and his crew of unrepentant troublemakers struggle to survive on the edges of the galaxy.But when they rescue a near-dead castaway with an impossible secret, everything changes.Soon, the greatest conspiracy in the galaxy is unfolding around them and they have no choice but to fight.But what can one ship full of outcasts do to save Earth and the rest of the galaxy from annihilation?More than anyone could imagine.

Over 1,000 pages of nonstop action!Includes the first 4 books in the Outcast Starship series: