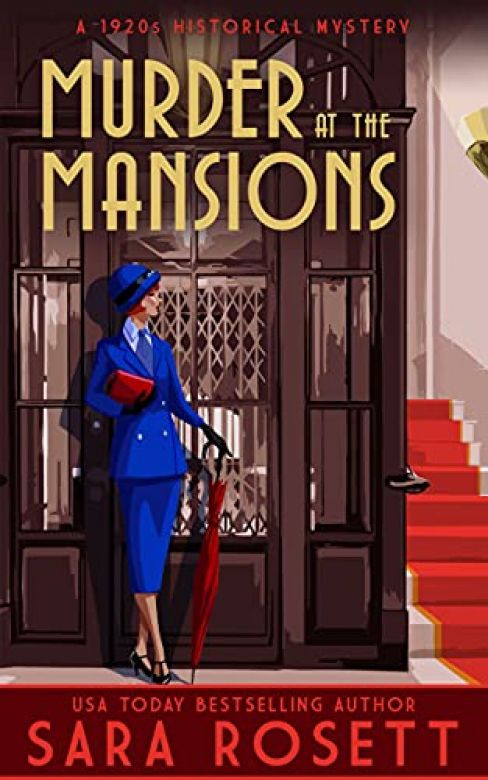 South Regent Mansions has all the modern conveniences . . . including murder

London, February, 1924. Discreet sleuth for the high society set, Olive Belgrave is delighted with her new flat at South Regent Mansions where she’s made several friends, including the modern career woman, Minerva, who draws a popular cartoon about a flapper for a London newspaper.

But then Minerva comes to Olive for help after catching a glimpse of a disturbing sight—a dead body. At least, that’s what Minerva thought she saw, but there’s not a dead body anywhere in the posh building, and the residents are continuing with their lives as they normally do. Is Minerva seeing things? Is she barmy? Or is there a more sinister explanation?

To help restore Minerva’s peace of mind, Olive investigates her neighbors. They include: society’s “it” girl of the moment, an accountant with a fondness for gadgets, a snooty society matron, and a school teacher turned bridge instructor. Olive uncovers rivalries, clandestine affairs, and hidden jealousies. With dashing Jasper at her side, Olive must discover whose secret is worth killing for.

If you like sophisticated whodunits, charming characters, and novels with a lighthearted tone, you’ll enjoy the seventh installment of the High Society Lady Detective series, Murder at the Mansions, from USA Today bestselling author, Sara Rosett. 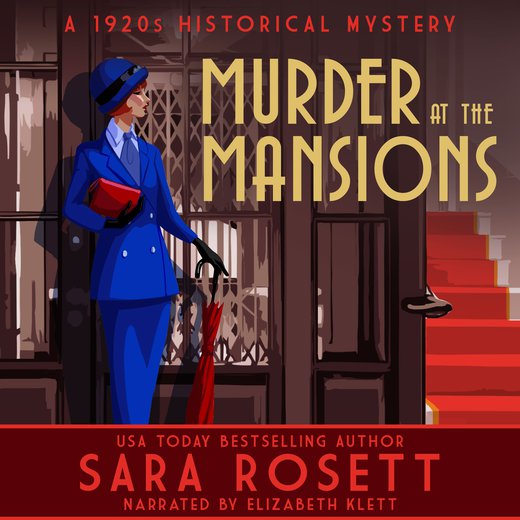 I hurried through the foggy gloom toward the faint golden rectangle that was the entrance to the South Regent Mansions. A burst of chilly drizzle hit the nape of my neck and made me momentarily regret my fashionable bob. I pushed through the glass doors and entered the warmth of the lobby, which felt as if I’d moved from the dark wings of a theater into a spotlight at center stage. A crystal chandelier glittered overhead, its sparkling facets reflected in the Carrara marble flooring and in the mirrors that lined the white wainscoted walls. Workmen had been in earlier in the day to paint the back stairs, and the potent smell of fresh paint permeated the air.
I was a few steps behind a delivery boy who announced to the porter in piping tones, “Delivery for the Darkwaiths.”

I slowed my steps at the mention of the name. Everyone was curious about the Darkwaiths, who supposedly resided in flat 228.
The head porter for South Regent Mansions, Evans, loomed behind the counter, his walrus-like physique filling the alcove as he spoke to Mrs. Attenborough. She glanced over her shoulder and down her long nose at the delivery boy, giving him a look that was as cold as the icy rain outside. “In my day, children knew better than to interrupt.”
The delivery boy, whose flat cap was so large that it covered the tips of his ears, halted, his thin arms braced around a box that was wider than his chest.
Mrs. Attenborough turned back to the porter. “As I was saying, my rubbish bin wasn’t returned until noon. According to the schedule, the bins are to be placed in the rubbish lift by eight o’clock, and they will be emptied and returned no later than eleven each morning.”
Evans smoothed his mustache, which curved down on each side of his mouth and only emphasized his likeness to a walrus, then nodded the boy in the direction of the lift as he reached for a pen. “I’ll note it down, Mrs. Attenborough.”
The delivery boy spun away from the porter’s alcove, his short legs scissoring along the stretch of scarlet carpet that ran from the building’s front door to the lift, which was waiting on the ground floor.
I nodded to Evans and Mrs. Attenborough as I skirted around them and increased my pace, scooting along the plush carpet so I could ride up in the lift with the delivery boy. I didn’t want to miss an opportunity to quiz him about the mysterious Darkwaiths.