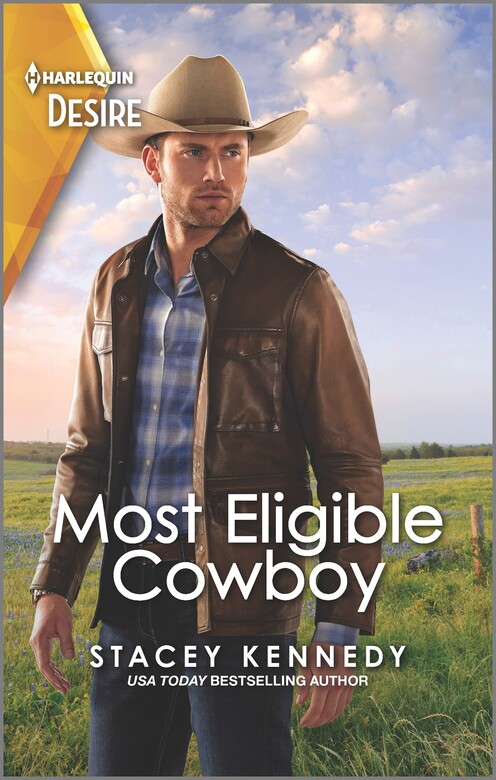 Keeping a low profile is tough for Texas’s Sexiest Bachelor. Could a pretend relationship solve the problem? Find out in the first Devil's Bluffs novel by Stacey Kennedy!

And a very real fake engagement!

Being named Texas’s Sexiest Bachelor is the opposite of fun for divorced rancher Colter Ward. So when old friend Adeline Harlow shows up determined to land an exclusive interview, they strike a deal to form a fake relationship. The one flaw? Everyone believes they’re headed for happily-ever-after! But with Adeline returning to New York and Colter’s family needing him in Devil’s Bluffs, where will they end up?

From Harlequin Desire: A luxurious world of bold encounters and sizzling chemistry.

You’ll be swept away by this bold, sizzling romance, part of the Devil's Bluffs series: