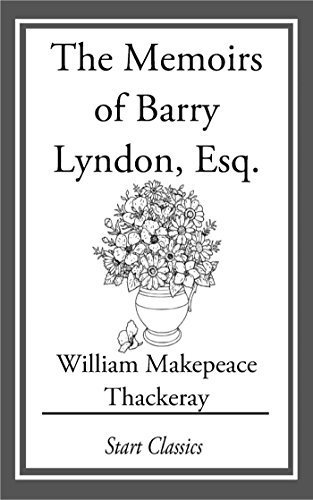 Barry Lyndon—far from the best known, but by some critics acclaimed as the finest, of Thackeray's works—appeared originally as a serial a few years before VANITY FAIR was written; yet it was not published in book form, and then not by itself, until after the publication of VANITY FAIR, PENDENNIS, ESMOND and THE NEWCOMES had placed its author in the forefront of the literary men of the day. So many years after the event we cannot help wondering why the story was not earlier put in book form; for in its delineation of the character of an adventurer it is as great as VANITY FAIR, while for the local colour of history, if I may put it so, it is no undistinguished precursor of ESMOND.