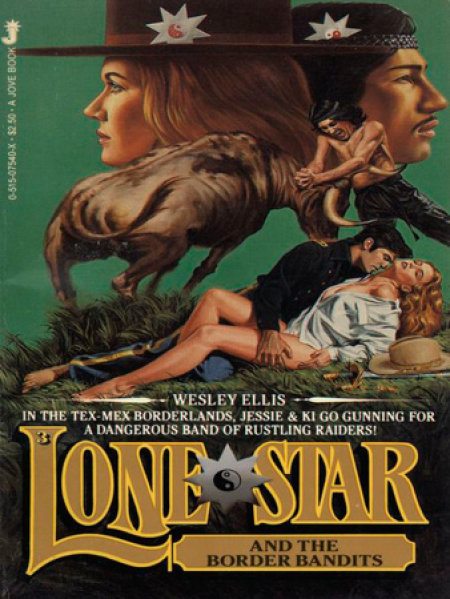 In the Texas borderlands, Jessie and Ki go gunning for a dangerous band of rustling raiders!

Nightriders are raiding the ranches near the Starbuck spread, so Jessie and Ki set out to raid the raiders. Then their trails split. Jessie's leads to a remote US Army outpost and the arms of a cavalry officer, while Ki's leads him South of the Border, where the fighting gets cold-steel hot!