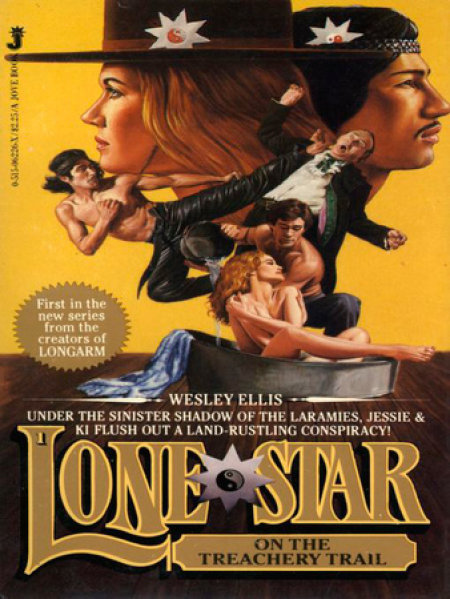 The first Lone Star novel—from the creators of Longarm!

When the cartel murdered Jessie Starbuck's father, they left behind the seed of their own destruction: a young Western beauty with a deep hunger for vengeance. Now word has reached Jessie that the conspirators are rustling Starbuck cattle, hiring Starbuck ranchers, and buying up Starbuck land in a spectacular plot to win control of the West. Unless she and her partner Ki, the mysterious Japanese martial-artist, can "persuade" them to stop.