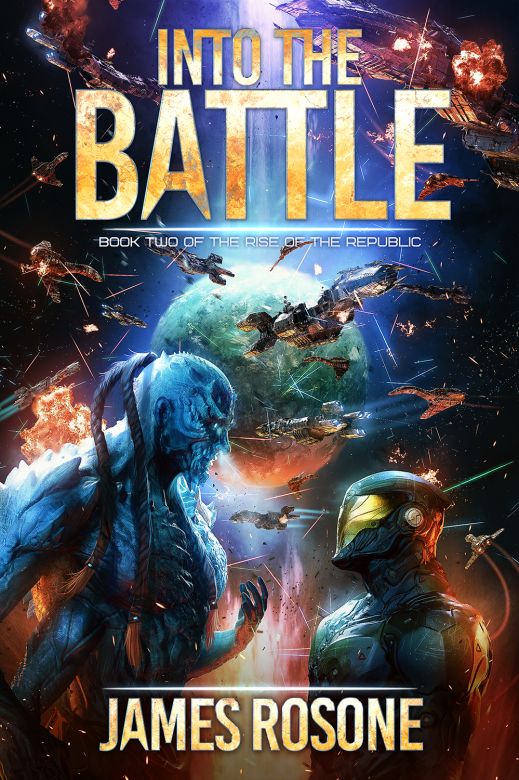 The origins of human history begin to unravel as Earth learns they are not the only humans in the galaxy. The sudden discovery of humans living on multiple planets beyond Earth has created more questions than it’s answered.

When humanity arrived on New Eden, a hideous new alien race, the Zodarks was discovered. In the face of an existential threat to their own survival, the historical warring factions of Earth will need to unite if they want to save themselves from extinction and understand the true origins on human history.

A fleet is built, an invasion force is assembled…

Join our heroes as they lead humanity into the battle to conquer their first alien world and liberate previously unknown humans from the bondage of slavery and servitude.

Grab your copy of this gripping military sci-fi and find out today.

The Rise of the Republic Series is best read in order, as each book builds upon the previous work. The reading order is as listed:

Book One: Into the Stars

Book Two: Into the Battle

Book Three: Into the War