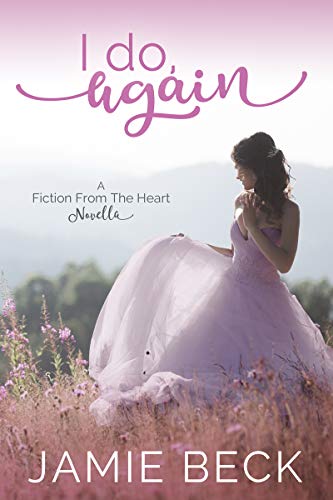 This novella formerly appeared in the Fiction From the Heart Anthology "Once Upon a Wedding." All proceeds will be donated to the Covid-19 Solidarity Response Fund for WHO through May 15

When makeup artist Ellie Carter's bridezilla client browbeats her into being an eleventh-hour bridesmaid, she's dumbstruck to discover that her ex-husband is one of the groomsmen. Five years earlier, following a string of tragedies that struck people dear to her, her infant daughter's death convinced her that her curse was real. She left her husband to keep him safe, but broke her own heart in the process. Now that fate has put Cody back in her path, she's terrified about what might happen.

Cody Harris has always regretted letting Ellie slip through his fingers despite their unbearable loss and the way that bad things seem to plague the people she loves. When she walks down the aisle and back into his life, he's determined to convince her that his only fear is of the hole that will remain in his life if she refuses to give them a second chance.

With so much at stake, can Ellie's heart overcome the battle in her head?