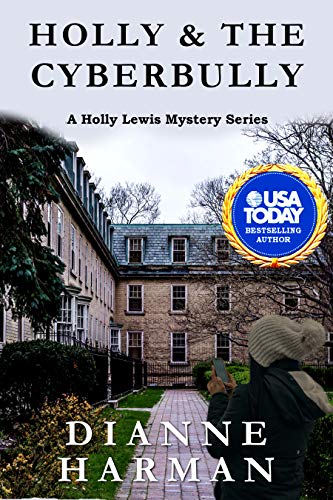 If students are afraid to look at their phones when they receive a text message, it means one thing. There's a cyberbully on the loose.

Do you remember the old playground bully from elementary school? The one you tried to avoid at all costs? Well, cyberbullying takes that kind of conduct to a whole new level. Holly's afraid her friend, Levi, is being targeted by one, however, she can't get him to admit it, even though it's clear from his behavior that something is very wrong.

But Levi runs out of excuses when he, as well as several other students, have their cars vandalized and horrible things written on them while they're parked in the school parking lot.

Once Levi admits what's been happening, Holly has no choice. She has to find out who is threatening her friend and several other students. She's certain it's a student, but which one?

All of us well remember the angst that goes with being a teenager. That's enough for anyone, but throw in cyberbullying, and it adds a new layer of difficulty in dealing with the teenage years.

This book is about bullying issues that your child, your grandchild, or even you may have had to deal with when you were a teenager, only on a very modern level. It's a book for the young and the young-at-heart, written by a USA Today Bestselling Author.