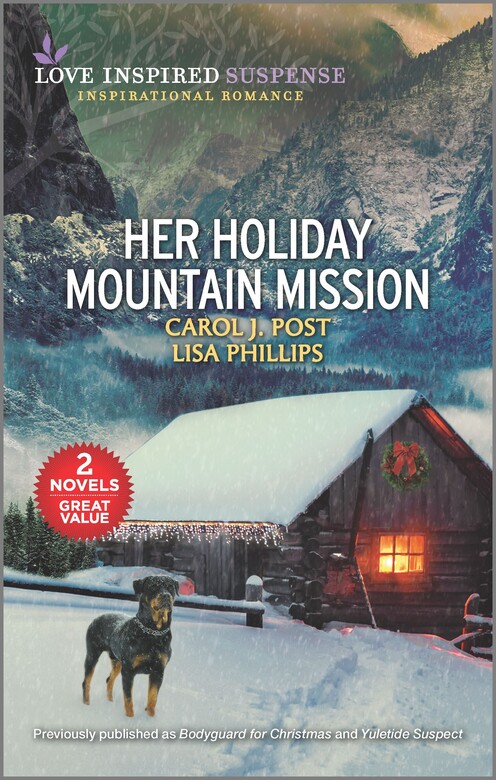 To protect the innocent…

When his young son is nearly kidnapped, assistant district attorney Colton Gale needs a Christmas refuge—and a live-in bodyguard. Though former military police officer Jasmine McNeal fights to shield them 24/7, she refuses to get attached. But growing close to the little boy and his father might be her only shot at keeping them alive—and becoming a family beyond the holidays.

Nothing will stop Secret Service agent Liberty Westmark from warning her ex-fiancé, Tate Almers, that he’s wanted on a terrorism charge—not even gunmen determined to kill them both. With a mountain of evidence against him and both the feds and a rogue cartel after him, Tate needs Liberty’s help. Now they’ve become the targets of a manhunt with just one ending…and they have only each other to stay alive.