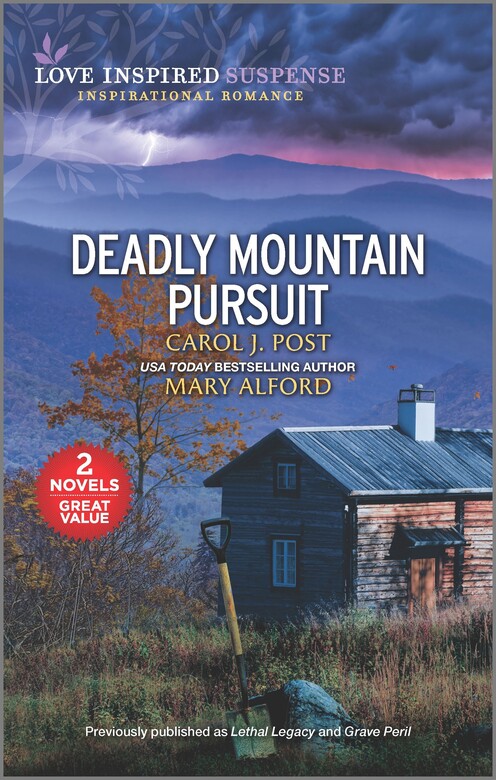 He’s her only chance to survive…

Andrea Wheaton thought her parents’ tragic deaths were accidental—until she’s attacked during a burglary at their home. Now she’s also being targeted. Her ex-sweetheart Sheriff Deputy Bryce Caldwell insists on protecting her, though she refuses to trust him again. But with a killer closing in, can she and Bryce uncover her family’s secrets before it’s too late for them both?

Jamie Hendricks always believed her late father was innocent of murder…and now her uncle claims to have proof. But when she arrives in her hometown, her uncle has vanished—and someone wants her dead. Jamie’s ex-boyfriend, CIA agent Gavin Dalton, is the only person she trusts…even if he believes her dad killed his father. But can he help her uncover a deadly conspiracy that goes deeper than anyone expected?