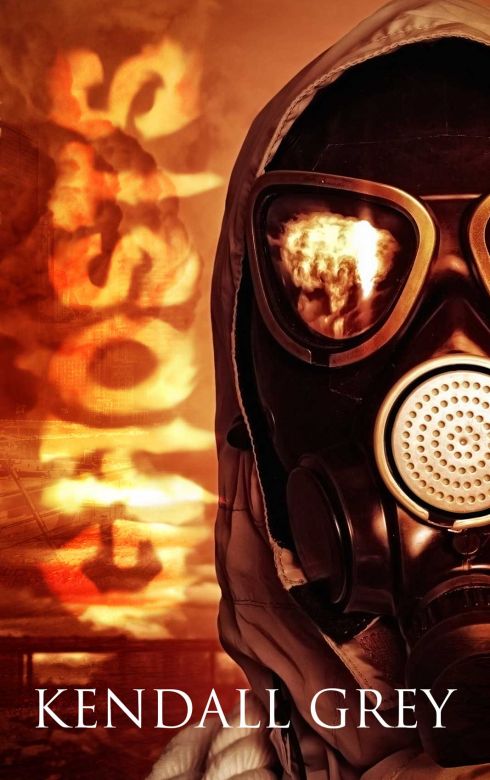 Under the blazing cover of a post-nuclear, technology-crippled world, Sarah Coolidge is an expert at being neither seen nor heard.She was an afterthought to her abusive parents.She's invisible to the criminals she works with.And she'll soon be the death-dealing ghost her enemies never see coming--if she can just shake loose the one person who does see her.The one who could ruin her.The one who gives her a reason to live.

Have you ever started a book and thought, “This is just … weird”? If not, GHOSTS may be the book that hits your WTF button.

Because it’s beyond weird.

Organized into three acts with individual episodes, GHOSTS was originally published on my website as a serial. Every episode in Act I is exactly five hundred words long—not a single word over or under—by Microsoft Word’s count. Those episodes are also written out of chronological order. In Act II, the episode lengths vary but still follow a strict pattern: 500, 1,000, or 1,500 words each. At that point, the plot begins to follow a much straighter path and should start making more sense. The final act is a free-for-all. The lengths of the episodes in Act III vary greatly.

There’s a big, long, convoluted reason for this insanity, but I’ll let you figure it out as you go. ;-)

If you read the original serial, you may notice some changes. In this version, Sikes is a colonel. I added setting details to show more of what Sarah’s world is like, and there are three new episodes sprinkled in. The plot is the same, but this version should be cleaner and more developed, thanks to my wonderful editor, Jenn.

Also, you may notice some grammar issues (for example, Sarah often leaves off the letter “g” from “-ing” words, uses the article “a” instead of “an” before words that begin with vowel sounds, and uses incorrect subject-verb agreement). These “mistakes” are intentional. This is how the character talks. It’s her voice and is meant to reflect her upbringing as an uneducated girl raised by ignorant parents. I realize quality is an important issue for readers, so I want to make it clear that the incorrect grammar usage in this story is a conscious, stylistic choice on my part.

Thank you for reading. I hope you enjoy GHOSTS!

The man in the tan camouflage removes a Beretta M9A1 from the holster at his hip and lays it on the desk. The muzzle points at me. Four black stars line each of his lapels and the space above the brim of his cap. He gestures to the seat opposite him. I fall into it.

“How did you get out of Arrendale?” he asks.

I drop my gaze to the gun. “Broken cell door.”

“Coronal mass ejections can cause malfunctions in electric components.”

“It was broke before the sun storm. They never bothered to fix it.”

“What about the guards?”

“They got scared when the rumbles started. They abandoned their posts and left us to die.”

He leans forward. “Except you didn’t die, Coolidge.” His eyes are deep pools with curiosity swirlin’ behind ’em. “You’re the only known survivor. Why is that?”

My mouth is dry. My lips feel like tanned leather. “Maybe some of the prisoners escaped and ran outside.” I shrug. “Radiation’s a ugly thing.”

“All three male inmates were castrated. Bled to death. Place looked like an abattoir.”

I try to reflect the menace in his stare. “I don’t know nothin’ about that.”

He leans back and strokes the seat’s padded arm. He waves a hand toward the machine guns on the shelf beside him. “I know a few things about what makes people tick. Regardless of background, one thing universally holds true. Human beings have a driving need to survive.”

“I ain’t never heard of a suicide bomber who wanted to live.” I cross my arms over my chest.

He lifts a finger. “But, they’re perfect examples to support my argument. Suicides want what they believe in to live. Because they believe so fully, so absolutely, they’ll sacrifice their own bodies to ensure their cause’s success. That’s survival.”

Dyin’ to live. Livin’ to die. He may have a point.

Shadows dance along the contours of his face. Possession flares in his eyes. “How badly do you want to survive, Coolidge?”

My heart wants to.

I lift my chin. Fast as a cottonmouth, he snaps up the Beretta and drills my good leg with nine millimeters of lead to match my other hole. I tumble out of the chair, clutchin’ the bloody shreds. Red stains my hands and the floor as I flail, but I won’t give him the pleasure of thinkin’ I’m afraid. I keep quiet.

He holsters the weapon and towers over me. “If you’re as desperate to live as I suspect, you’d be wise to listen. I need a ghost. Someone who can disappear through walls. Someone who feels nothing. Someone who gives her middle finger to fear. I need the ultimate survivor.” He leans down. “I need you.”

I struggle to my feet. Standin’ nose to nose with him, I say, “I’m a damn good ghost.”

“I know.” He walks out, leavin’ me alone with his gun collection.

The general never gave his name. Maybe he’s a ghost too.