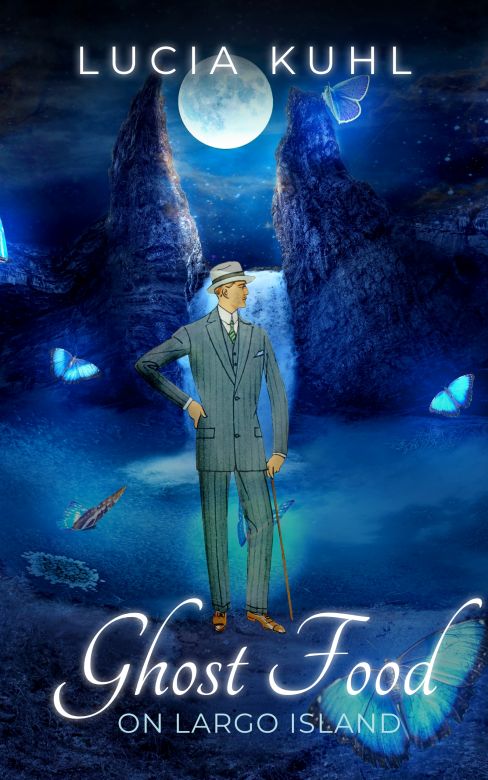 Alyssa started the day intending to launch her new business. It ended with blackmail, sabotage, and murder.

After dumping her cheating husband, Alyssa worked twelve hours days, seven days a week forever, to build her business, but success and profit had always been just out of reach. Today was supposed to change all that. Today, she intended to turn the corner with the launch of Alyssa's Paw Treats and Toys. Instead, the day began with her righthand-woman quitting, a guy with a knife invading, and a dead body appearing. Now, unless she can find the killer and right the wrongs, she'll lose everything.

Being a ghost ain't easy. And Boji's been a ghost for almost a century. Try lifting a skillet and smashing it over a villain's head. That task alone will wipe an old ghost's energy supply out for days. But, family is family, even if they are estranged, infuriating, feuding, and pig-headed.

Speaking of family, it'll require  Alyssa, Boji, and the entire Bone-Horn clan to work together to keep Largo Island from exploding, save Alyssa's business,  and catch the killer before he murders again. There's too much at stake to fail, but can they figure out their differences and succeed?

Food Die on Largo Island is the first book in funny, heart-warming  Ghosts of the Allegro Islands Cozy Mystery Series.  Curl up and escape on a beautiful island in the middle of Lake Michigan.