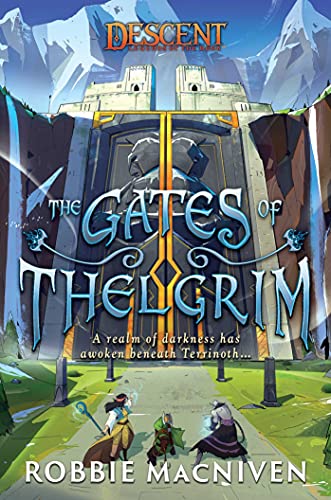 A reluctant trio are forced to investigate a mystery city, but in doing so find themselves fighting a demonic atrocity, in this staggering action novel set in the epic fantasy Descent games. When three separate adventurers are hired to investigate the recent sealing of Thelgrim, the great Dunwarr dwarf city, all three have misgivings. One is a wanted criminal and the other two have no wish to work together – but when the money is this good, it’s hard to refuse. As the three head to Thelgrim by secret path, none of them know what awaits them. Terrinoth is in upheaval: new threats are rising, and this one comes from the dark.