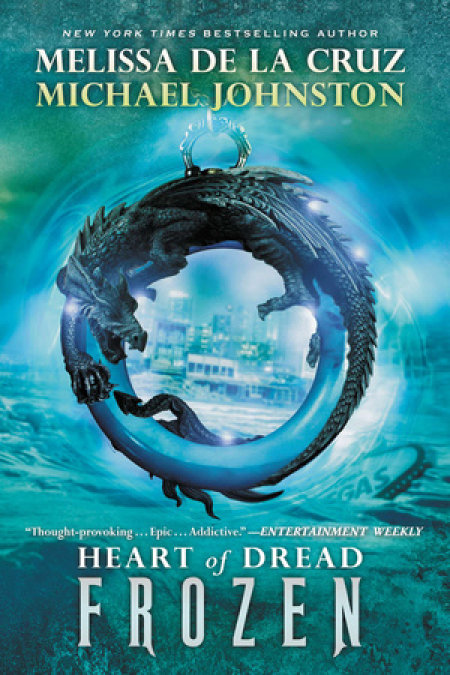 “As fearless as a futuristic Game of Thrones.”— MARGARET STOHL, New York Times bestselling co-author of the Beautiful Creatures trilogy

Welcome to New Vegas, a city once covered in bling, now blanketed in ice. Like much of the destroyed planet, the place knows only one temperature—freezing. But some things never change. The diamond in the ice desert is still a 24-hour hedonistic playground and nothing keeps the crowds away from the casino floors, never mind the rumors about sinister sorcery in its shadows.

At the heart of this city is Natasha Kestal, a young blackjack dealer looking for a way out. Like many, she's heard of a mythical land simply called “the Blue.” They say it’s a paradise, where the sun still shines and the waters are turquoise. More importantly, it’s a place where Nat won’t be persecuted, even if her darkest secret comes to light.

But passage to the Blue is treacherous, if not impossible, and her only shot is to bet on a ragtag crew of mercenaries led by a cocky runner named Ryan Wesson there. Danger and deceit await on every corner, even as Nat and Wes find themselves inexorably drawn to each other. But can true love survive the lies? Fiery hearts collide in this fantastic tale of the evil men do and the awesome power within us all. This is a remarkable first book in a spellbinding new series about the dawn of a new kind of magic. 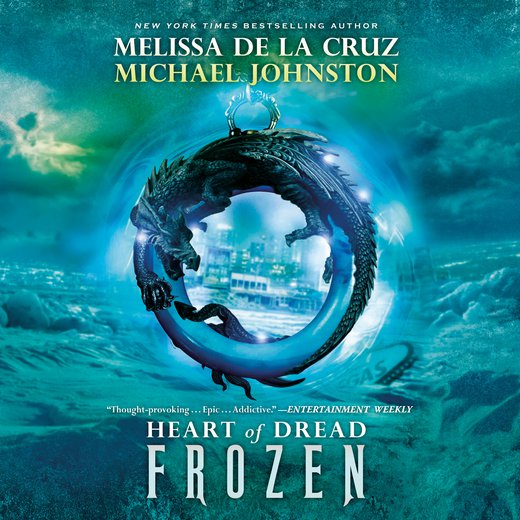 Some say the world will end in fire,
Some say in ice.
From what I’ve tasted of desire
I hold with those who favor fire.
But if it had to perish twice,
I think I know enough of hate
To say that for destruction ice
Is also great
And would suffice.
—Robert Frost, “Fire and Ice” It’s time to begin.
—Imagine Dragons, “It’s Time”

THE VOICE OF THE MONSTER They were coming for her. She could hear their heavy footsteps echoing in the concrete hallway. In a way, the sound was a relief. For days upon days she had been left in the room, alone, in total silence, with little food and water, the weight of solitude becoming ever more oppressive, the silence a heaviness that she could not shake, punishment for refusing to do as she was told, punishment for being what she was.

She had forgotten how many days, how many months, she had been left here, alone with only her thoughts for company. But not quite alone. I warned you about waiting, rumbled the voice in her head. The voice that she heard in her dreams, whose words echoed like thunder, thunder and ash, smoke and flame. When it spoke, she saw a beast through the inferno, carrying her aloft on black wings through dark skies as it rained fire upon its enemies. The fire that raged within her. The fire that destroyed and consumed. The fire that would destroy and consume her if she let it. Her destiny. A destiny of rage and ruin. Fire and pain. The voice in her head was the reason her eyes were not brown or gray. Her clear tiger eyes—hazel-green with golden pupils—told the world she carried a mark on her skin, one that she kept hidden, one that was shaped like a flame and hurt like a burn, right above her heart. The reason she was imprisoned, the reason they wanted her to do as she was told. The girl did not want to be different. She did not want to be marked. She did not want to be what the voice said she was. What the commander and the doctors believed she was. A freak. A monster. Let me go—she had implored the first time she had been brought to this place—I’m not what you think I am. She had insisted they were wrong about her from the beginning of her captivity. What is your talent? they had demanded. Show us. I have none, she had told them. I have no ability. I can do nothing. Let me go. You’re wrong. Let me go. She never told them about the voice in her head. But they found ways to use her anyway. Now they were coming, their heavy footsteps plodding against the stone. They would make her do what they wanted, and she would not be able to refuse. It was always this way. She resisted at first, they punished her for it, and finally she gave in. Unless . . . Unless she listened to the voice. When it spoke to her, it always said the same thing: I have been searching for you, but now it is you who must find me. The time has come for us to be one. The map has been found. Leave this place. Journey to the Blue. Like others she had heard the legends of a secret doorway in the middle of the ruined Pacific that led to a place where the air was warm and the water was turquoise. But the way was impossible—the dark oceans treacherous, and many had perished attempting to find it. But perhaps there was hope. Perhaps she would find a way to do what it sought. Out there. In New Vegas. Outside her window, far away, she could see the glittering lights of the city shining through the gray. Before the ice, night skies were supposedly black and infinite, dotted with stars that shone as sharp as diamonds against velvet. Looking up into that dark expanse you could imagine traveling to distant lands, experiencing the vastness of the universe, and understanding your own small part in it. But now the sky was glassy and opaque at night, a reflection of the bright white snow that covered the ground and swirled in the atmo­sphere. Even the brightest of stars appeared only as faint, distant glimmers in the blurry firmament. There were no more stars. There was only New Vegas, glowing, a beacon in the darkness. The city lights stopped abruptly at a long arcing line just a few miles out. Beyond the line, beyond the border, everything was black, Garbage Country, a place where light had disappeared—a no-man’s-land of terrors—and past that, the toxic sea. And some­where, hidden in that ocean, if she believed what the voice said, she would find a way to another world. They were closer and closer. * * *
She could hear their voices outside, arguing. The guards were opening the door. She didn’t have much time . . . Panic rose in her throat. What would they ask her to do now . . . what did they want . . . the children most likely . . . always the children . . . They were here. The window! the voice bellowed. Now! Glass smashed, broken, sharp icicles falling to the floor. The door burst open, but the girl was already on the ledge, the cold air whipping against her cheeks. She shivered in her thin pajamas, the arctic winds blowing sharp as daggers as she dangled on the knife-edge, two hundred stories in the air. Fly! I will hold you. Her mark was burning like a hot ember against her skin. It had awakened, as a rush of power, electric as the sparks that lit up the sky, snaked through her limbs, and she was warm, so warm, as if she was bathed in fire. She was burning, burning, the mark above her heart pressing on her like a brand, scorching her with its heat. Let us be one. You are mine. No, never! She shook her head, but they were inside now, the commander and his men, raising their guns, training their sights on her. “STOP!” The commander stared her down. “REMAIN WHERE YOU ARE!” GO! She was dead either way. Fire and pain. Rage and ruin. She turned from the room and toward the city lights, toward New Vegas, frozen city of impossible delights, a world where every­thing and anything could be bought and sold, the pulsing, deca­dent, greedy heart of the new republic. New Vegas: a place where she could hide, a place where she could find passage, out to the water, into the Blue. The commander was screaming. He aimed and pressed the trigger. She held her breath. There was only one way to go. Out and down. Up and away. Fly! roared the monster in her head. The girl jumped from the ledge and into the void.