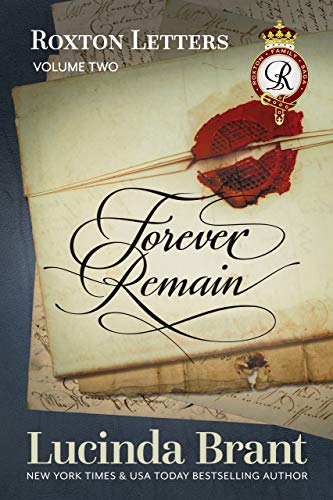 This second volume of previously unpublished letters from the private correspondence of the Roxton family spans a twenty-year period, from the 1770s to the late 1780s. They complement the later chronology of the award-winning Roxton Family Saga novels: Dair Devil, Proud Mary, and Satyr’s Son. With a foreword by a late-Victorian descendant, Alice-Victoria, 10th Duchess of Roxton.

I get Lucinda Brant. We are both diehard romantics at heart. When I first started reading Eternally Yours, the first volume of Roxton letters, I was unsure how a bunch of letters would hold my interest. I should never have doubted Lucinda Brant. Eternally Yours was magical. FOREVER REMAIN brings us into the world of the sixth duke, his duchess and their dynasty. A bold exciting look into the lives of the Roxton family told through a litany of personal letters which is like listening into their conversations. Each letter which truly feels like a personal chat, uncovers information that was not included in the previous books about this family or answers questions about people or circumstances mentioned in the saga. Lord Henri-Antoine quickly became one of my favorite Roxton characters in Satyr’s Son. I truly loved this story about misguided fraternity brothers and the realization of caring and friendship that prevailed. And of course when love came into the picture life was never going to be the same. So when I realized that so many letters of Forever Remain referred to Henri-Antoine as a young boy and then onto adulthood and ultimate marriage, well, I was of course hooked. Once again, Lucinda Brant has shown us why she is an undisputed master of this genre.—SWurman, Night Owl Reviews 5 STARS. —SWurman, Night Owl Reviews 5 STARS—TOP PICK 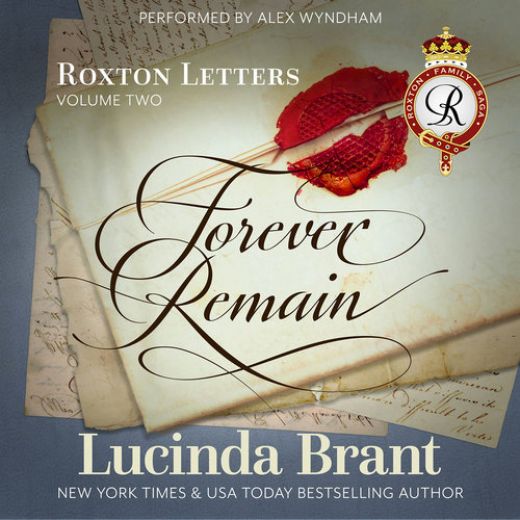