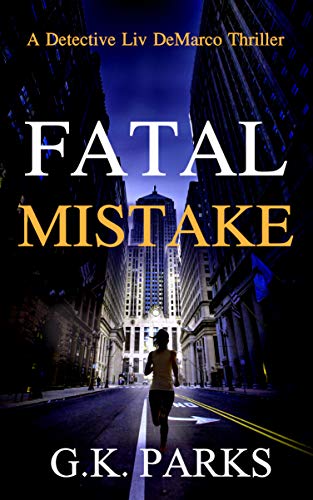 One serial killer plus a rogue cop equals a recipe for disaster...

Following recent events, Detective Liv DeMarco finds herself working undercover. But this time, her partner, Brad Fennel, isn't backing her plays. He's been reassigned. Whether that's temporary or permanent is anyone's guess, but Liv doesn't like it. There's no one she trusts more than Brad, and she needs him to watch her back as she hunts a serial killer who's murdering escorts.

In the midst of the operation, she spots Brad entering an adjacent hotel room. But as far as she knows, he's not working this case, and his disheveled appearance and glassy eyes have her worried. She's seen Brad in compromising positions before, but never like this. Has he gone rogue? Or has he just given up?

While Liv hunts a killer, she'll unravel a world of secrets and deceit, where no one is who they say they are. How does her partner, the man she trusts most, fit into this mess? And will they be able to get out of it alive and unscathed? Or is this the end of their perfect partnership?