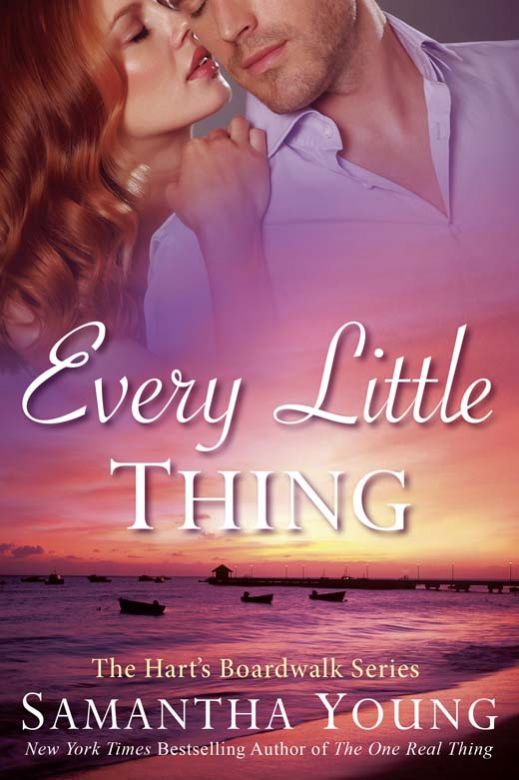 The New York Times bestselling author of the On Dublin Street series returns to Hartwell, Delaware-the perfect place to get away from it all, and find what you never knew you needed....

Bailey Hartwell has many reasons to feel content-her successful business, a close circle of friends, and her steady boyfriend…even if their romance feels staid after ten years without a serious commitment. The only challenge in her life comes in the form of sexy businessman Vaughn Tremaine. She thinks the ex-New Yorker acts superior and that he considers her a small-town nobody. But when Bailey's blindsided by a betrayal, she's shocked to discover Vaughn is actually a decent guy.

Vaughn admires Bailey's free spirit, independence, and loyalty. As his passion for her has grown, his antagonism toward her has only worsened. Every little thing Bailey does seduces him. But when Vaughn's painful emotional past makes him walk away in fear he will hurt her, it opens an old wound in Bailey, and she uncharacteristically retreats.

Once Vaughn begins to realize he's made the biggest mistake of his life, he has no choice but to fight like he's never fought before to convince Bailey that the love they've found together only comes around once in a lifetime….

From the Trade Paperback edition. 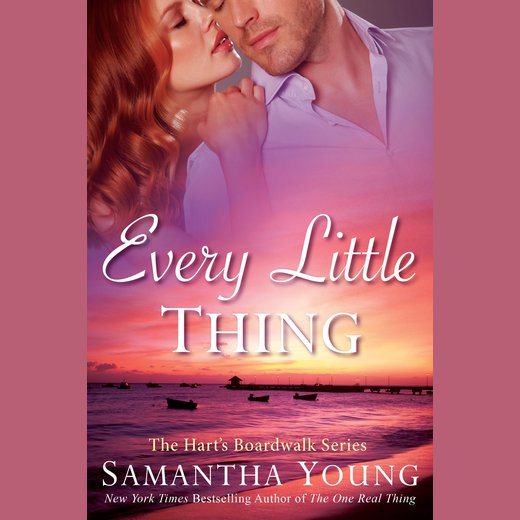 The early morning was dull, the waves a little rougher, a little more hurried than usual as they rushed the shore, and gulls flew above in a sky that matched the water perfectly in its melancholic gray.

Behind the floor-to-ceiling glass of his penthouse suite Vaughn stared out from his boardwalk hotel at the scene and thought how it wasn’t whole without his other senses in play. The boardwalk below, the beach, the ocean, it all seemed but a moving picture. The reality of it was in the caws of the gulls he couldn’t hear behind his expensive triple glazing. The reality of it was in the smells beyond the window—the salt air, the hot dogs, burgers, and the warm sweetness of cotton candy.

He’d come to Hartwell to escape the ugliness he’d left behind in Manhattan. Hartwell was peaceful. Although it had thousands of tourists pouring in every summer, and there was always some kind of festival or celebration going on, there was a tranquility here that crowds of people couldn’t diminish.

Vaughn had needed that serenity. The plan was to soak up all that peace until the time came for him to go back to the center of his business operations in New York.

Somewhere along the way, Hartwell changed from a refuge to home.

Home was where the heart was.

His gaze wandered back outside to the stillness of the boardwalk, and to his utter frustration his heart jumped in his chest at a glimpse of bright auburn hair. He leaned forward to get a better look.

She strode down the boardwalk from the direction of her own establishment, Hart’s Inn, her long hair blowing in the wind. Vaughn pressed closer to the glass, trying to get a better look, but it was impossible from this height.

All he could make out were the jeans she wore tucked into brown ankle boots and the green sweater that was far too thin to be worn this early in the morning.

He frowned. The woman needed to buy a goddamn jacket.

She smiled and he caught sight of her neighbor Iris  approaching her. For a moment he envied Iris that smile. It was hard to resist Bailey Hartwell’s smile. It had an effect on people.

Especially since he couldn’t recall a time when that smile had ever been directed at him.

Bailey followed Iris out of his line of sight.

He tried to follow them and smacked his head off the glass. “Fuck.” Vaughn rubbed at his forehead and turned away from the window.

His eyes were drawn to the huge bed across the room where a slender redhead whose name he couldn’t remember was lying sleeping.

One immediate problem was that he saw Bailey everywhere.

He even saw her in other women despite his best efforts to channel his attention elsewhere.

Ignoring the growing ache of longing in his chest, a half-dressed Vaughn took the white shirt that had been pressed and hung up for him off the hanger and shrugged it on. Then he chose a blue silk tie from his collection. His waistcoat and jacket followed suit. Dressed for the day, he strolled over to the bed and leaned down to nudge the redhead awake. She groaned and opened her eyes and instead of clear green eyes that made his blood burn, brown ones stared up at him.

“Time to leave.” He walked away without looking back.