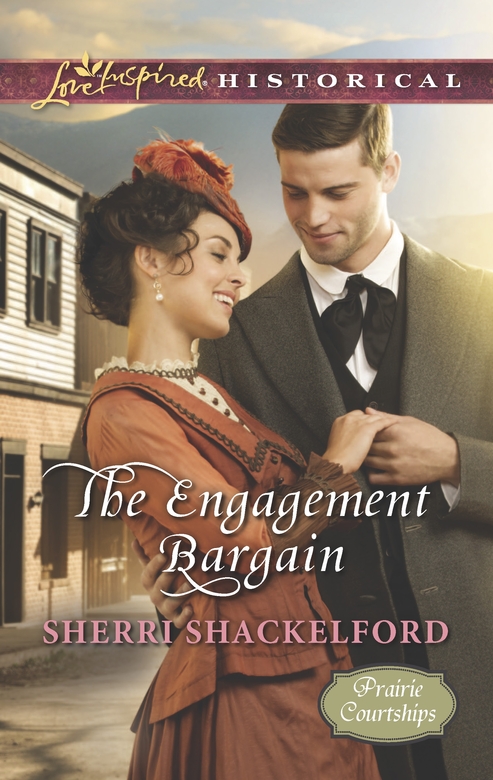 Rock-solid and reliable, confirmed bachelor Caleb McCoy thought nothing could rattle him—until he discovers he needs to pose as Anna Bishop's intended groom. After saving her life, his honorable code bid Caleb watch over the innocent beauty. And a pretend engagement is the only way to protect her from further harm.

Raised by a single mother and suffragist, Anna doesn't think much of marriage—and she certainly doesn't plan to try it herself. But playing Caleb's blushing bride-to-be makes her rethink her independent ways, because their make-believe romance is becoming far too real…

Prairie Courtships: Romance on the range