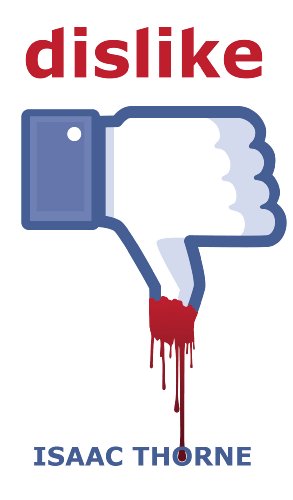 They say it's difficult to judge a person's tone based on what they post online. Two social network friends of William Dennison are about to find out for themselves how difficult it can be.

After losing both his marriage and his job in a single day, Bill takes to a popular social networking site to vent. A few irate posts later, however, it becomes clear to his friends that Bill's state of mind is slowly unraveling before their eyes. Can his online friends stop Bill's real life from collapsing before it's too late?

DISLIKE is a short work of dark social horror from the mind Isaac Thorne, a nice man who simply wants to provide you with a few fun frights. Written in the style of status updates and comment threads on a social network, DISLIKE is an experimental story that attempts to place the reader into the mind of a user who is watching the events unfold onscreen. If you've ever posted your intimate thoughts in such a public way, you might think twice about how you phrase things after you read DISLIKE.