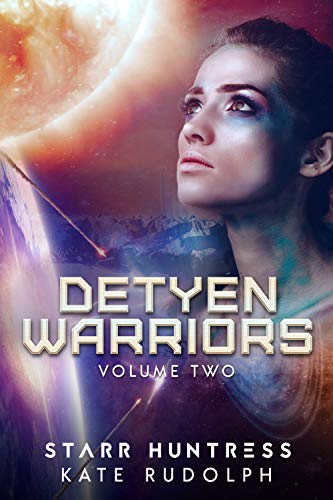 This bundle brings together the final books in the Detyen Warriors series. Read as Dryce and Dru find human mates and justice for their dying race.

Faultless
When Laurel and Dru thrust into a world on the brink of war, solving a centuries old mystery might be the key to saving Earth. But when an uncovered betrayal threatens to destroy Laurel, Dru will do anything to make her whole, no matter the personal cost. Laurel will need to find the strength to heal and Dru will need to become the warrior he was born to be if their bond is to flourish before all hope is lost.

Endless
When alien warrior Dryce NaFeen isn't preparing to face his upcoming battles he's dancing the night away with humans looking for a good time and ignoring his impending doom. A chance sighting on one of those nights out gives Dryce a hope he never dared wish for, and despite the looming threat to the planet, he's sure he can claim his newly found mate in no time. Meanwhile hostile forces have a planet killing weapon, and it will take an alien warrior and a brilliant human scientist to rescue the planet from certain doom.

The Detyen Warriors books form a complete series, but the individual books will make sense in any order!