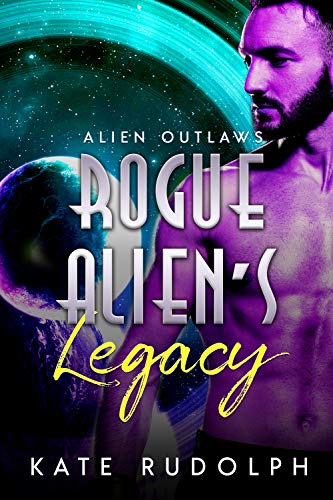 Outlaws, schemes, and love... it all comes to a head in the final installment of the Alien Outlaws series.

Secrets revealed and a crew in danger...
With two little words, all of Xandr's lies and omissions come crashing down and leave his entire crew wondering whether they can ever trust him again. Andie's faith is shaken and she wonders if the alien captain in her bed is the man she thought he was. Has she has been cozying up to a stranger?

But she'll need to put those doubts aside if the crew of the Seventh is going to get out of its biggest mess yet. Xandr's past has come back to haunt them all, and if they don't find a way to work together, they'll all end up rotting in an Oscavian prison... or worse.

Rogue Alien's Legacy picks up right where Rogue Alien's Secret left off. Check it out for heists, adventure, a steamy alpha alien, a plucky human heroine, and a love that will steal your heart.