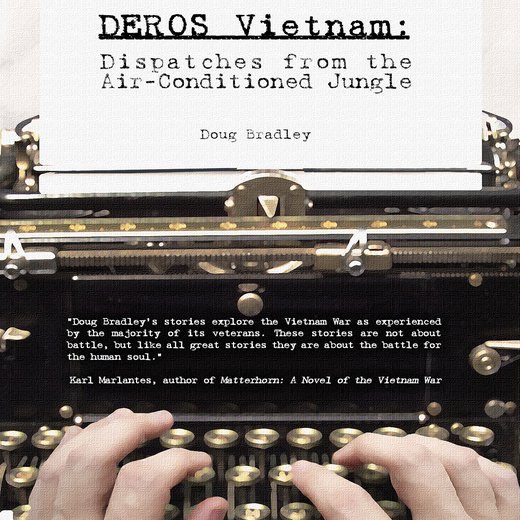 DEROS Vietnam: Dispatches from the Air-Conditioned Jungle presents a unique, fictional montage of the war, and postwar, experiences of Vietnam support troops. Structurally based on Ernest Hemingway’s In Our Time, DEROS Vietnam (the acronym stands for Date Eligible for Return from Over Seas) is a riveting collection of 16 short stories and 16 interlinears about the GIs who battled boredom, racial tensions, the military brass, drugs, alcohol—and occasionally the enemy. From cooks and correspondents to clerks and comptrollers, DEROS Vietnam distills the essence of life for soldiers in the rear during the war and, later, back home in a divided America. Vietnam veteran Doug Bradley, a former Army journalist who served in the air-conditioned jungle at U. S. Army Headquarters near Saigon in 1970-71, tells these compelling stories with wit, intensity, and empathy. In doing so, he provides a gateway to a Vietnam experience that has been largely ignored and whose reverberations still echo across America.

The more common experience of war in all branches of the service is that of support. Bullets, beans, and bandages don't get to the grunts by magic. Doug Bradley's stories explore the Vietnam War as experienced by the majority of its veterans. These stories are not about battle, but like all great stories they are about the battle for the human soul. Bradley is a talented and experienced writer and he describes that battle with clarity, insight, humor, and great skill. --Karl Marlantes, author of Matterhorn: A Novel of the Vietnam War