He’s the bad boy of baseball who’s about to lose everything. She needs a husband to get custody of her teenage sister. Suddenly a marriage of convenience doesn’t look so bad.

Pitcher Jaxon Prescott has a lot on his plate. Major league baseball. Reputation as a Player. And as of this morning? He’s on the verge of losing it all. He didn’t mean to sleep with his general manager’s daughter. Sometimes the paparazzi finds out who’s in your bed before you do. But a sizzling moment went viral and now everything he’s worked for is at risk.

What’s a bad boy to do? Marry his little sister’s best friend to save his image, even if it’s the opposite of everything he wants and believes in.

Macy Walker is the sole guardian of her step-sister until the girl’s mother returns and wants her daughter back. In order to win custody, Macy needs to provide stability and marrying someone would do the trick. Luckily for her, her best friend’s brother needs a wife.

They’re this close to getting exactly what they want—as long as they don’t fall in love. 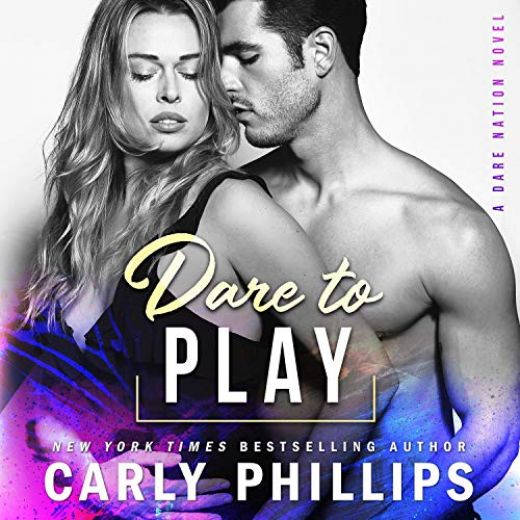 What did you buy for the couple who had everything?

Macy Walker spent over an hour in a luxury department store searching for the perfect wedding gift for Damon Prescott and Evie Wolfe. They’d gotten engaged at the end of Fall and were getting married this Saturday, January seventh, in a small ceremony at his mother’s house, unlike his sibling Austin and his fiancée, Quinn, who had a huge Valentine’s Day wedding planned at a Miami hotel. There were five Prescott/Dare siblings, two in serious relationships and three to go.

Although to hear each of them tell it, nobody had been looking for permanence. It just happened to find them. Macy wondered who was next up to fall in love.

To say Macy had left the gift to the last minute would be an understatement. Unable to discover anything original for the professional football player and his private investigator fiancée, Macy left the store with an expensive vase, gorgeously wrapped, and headed home to her fifteen-year-old sister of whom she had custody.

As she approached the house, a bright red Mazda Miata she didn’t recognize sat in the driveway, top down. If her sister had an older friend over, thinking Macy wouldn’t find out, she’d be in trouble. Hannah had a tendency to act out and misbehave, and in many ways, Macy understood. Hannah had a lot of abandonment issues, but she still needed discipline and guidance.

Macy pulled her Jetta around the other car, opened the garage, parked, and exited her vehicle. Letting herself inside, she walked through the laundry room area and into the kitchen, stopping short when she saw who sat with Hannah at the table. Tons of makeup and other items covered the surface, with Sephora bags surrounding them.

Oh, hell. Life was about to get interesting and not in a good way. “Hi,” Macy said, making her presence known.

“Macy, look! My mom’s back!” Hannah popped up from her chair, a smile the likes of which Macy had never seen on her sister’s face, and Macy’s stomach twisted painfully.

Hannah was a pretty girl who hadn’t learned the concept of less is more when it came to makeup. She’d just started to wear it last year, and after their dad died, she’d gone full-out rebellious. Black eye liner and heavy mascara. But there were worse things than too much makeup on her face or the pink stripe in her hair. Macy actually liked the coloring if only Hannah hadn’t done it without asking permission, along with a second piercing in her ear. Anything she could do to defy Macy, Hannah tried.

Ever since Lilah walked out when Hannah was ten, she’d grown angrier over time and tried to get away with whatever she could on principle, her bad behavior progressing since their dad died. The last thing Macy needed was Hannah’s mother’s return to give Hannah false hope that her mother was back to be with her. As far as Macy knew, other than a rare happy-birthday email, Hannah hadn’t heard from her mother since she’d left.

Lilah had left her family for someone with more money and who could give her a better lifestyle than Macy’s father had been able to. Richard Walker had made a good living as an accountant, and their family hadn’t wanted for anything. There had also been inheritance money from her grandparents that had boosted their lifestyle, but it hadn’t been enough for Lilah.

“Lilah, this is a surprise,” Macy said coolly as she placed her keys in a basket on the counter.

Lilah looked up at Macy, not a shred of embarrassment in her expression. “I’ve done a lot of soul-searching, and I decided it was time to come home to my baby.” She reached across the table and squeezed Hannah’s hand, her long, manicured nails obviously freshly done. “And I arrived to find her by herself. Where were you, Macy?”

Oh, she would not question Macy’s abilities as a parent. She had no right. “None of your business and Hannah is old enough to be home alone.”

“Can Mom stay with us?” Hannah looked at Macy with wide, hopeful eyes, and Macy silently cursed Lilah, whose smug smirk told Macy she’d put her daughter up to asking the question.

Narrowing her gaze, Macy wondered what Lilah’s agenda was, because the woman always looked out for number one.

“I don’t think that’s a good idea. We have a schedule and a routine, and I’d like to keep things as they are.” Mostly she didn’t want Hannah to get used to having her mother around only for her to take off on her once again. The less time she was exposed to Lilah, the better.

“It’s okay, honey, I can stay at the hotel.” Lilah sighed dramatically.

Hannah pushed back her chair and rose to her feet. “You’re such a–”

“Watch it,” Macy said before Hannah could finish her sentence. “Don’t be rude to me. Now I think we should order dinner.” Gritting her teeth, she turned to Lilah. “Would you like to stay?”

She shook her head, and her brunette hair highlighted with blonde swept beneath her cheeks. Lilah rose to her feet and gathered her Chanel tote, which must have cost four thousand dollars easily, and smiled. “I wish I could but I have a date.” As she stepped around the table, Macy took in her obviously designer outfit and shoes.

So she was divorced again and hunting. And here playing up to Hannah. Why?

“Come walk me out,” Lilah said to Macy, her tone not boding well.

Macy waited for Hannah to say goodbye to her mother, glare at Macy, and storm off to her room before turning to her ex-stepmother. “Okay, cut the sweetness-and-light act. Why are you back? It can’t be for Hannah since you haven’t bothered with her since you left.”

Lilah straightened her shoulders, her attitude turning into the real bitch of a woman beneath the fake nice façade. “Because she’s my daughter. When I left, I knew your father would take good care of her when I couldn’t–”

Lilah pursed her lips. “Listen, she’s my child. Her father died, and I needed to wrap up a few things before I could come back for her, but I’m here now.”

Bullshit, Macy thought. “Nobody heard from you after Dad passed away. You didn’t even come to the funeral or extend condolences. I’m not buying this act. I don’t know what your angle is, but I know you have one.”

Lilah’s cheeks flushed red. “It’s no act. I plan to take care of my girl.”

“Good luck. I have custody. You signed it over to Dad, and I’m her legal guardian now that he’s gone.”

“Something a court can easily overturn.” Lilah had started for the door, then turned back to face Macy. “It’s not like you’re doing a decent job parenting. Not only was she alone, she told me she’s grounded for no good reason, that you’re strict and difficult. She’s mine and I plan on getting custody.” On that note, Lilah walked out the door without looking back.

Macy’s heart pounded inside her chest, fear and concern filling her at the thought of losing the sister she loved and the only family she had left. Macy’s mother had died from ovarian cancer when Macy was six, and it had just been her and her dad. True, he’d dated like crazy, hating the idea of being alone, but he’d loved Macy and been a great dad.

Life had been good until the stepmother from hell arrived when Macy had turned thirteen. Her teenage years had been a nightmare with Lilah picking on her to be perfect, but Macy had managed. And when Lilah had disappeared, Macy was there for Hannah.

At twenty-eight years old, Macy had moved into her own apartment a few years ago, and though she’d helped her father with her half sister, Macy had had a life of her own. But when it became clear her father couldn’t handle raising Hannah alone, Macy had moved back into her childhood house, a patio home in a residential neighborhood just north of Miami. With her father gone for eight months now, killed in a car accident, it was just Hannah and Macy.

She’d all but raised her sister, and she had no intention of losing custody to a woman who didn’t know how to be a parent.